You are here: AllPsych > Medication and Drug Guide 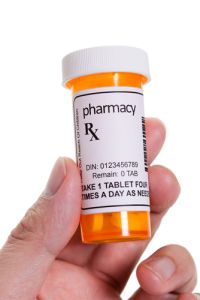 The word “substance” can refer to a drug of abuse, a medication, or a toxin. “Polysubstance” Abuse/Dependence means that a person abuses or depends upon more than one substance, with one usually being that person’s favorite or “drug of choice.” It is important to note that we are not only referring to illegal drugs; over the counter or prescription drugs are often abused as well.

There are many ways that drugs get classified, many psychologists and other mental health professionals group them into 12 general categories based on their effect. Many of the drugs discussed on this page can be prescribed and monitored by a physician and when used appropriately can have positive rather than negative effects.

Potential Detriments: Can result in vitamin deficiencies, memory disturbances or loss, liver damage, hallucinations (if physically dependent, it often occurs within 48 hours of abstaining from alcohol), hypertension, pancreatitis, and heart problems. Has also been linked to Fetal Alcohol Syndrome.

Method(s) of Ingestion: Can be taken orally or injected

Potential Benefits: These are stimulants and decrease the need for sleep and food, and produce feelings similar to cocaine.

If injected, a rapid increase in blood pressure can occur which can cause sudden death due to stroke, very high fever, and/or heart failure. Other long term effects include brain damage resulting in speech and thought disturbances, skin disorders, ulcers, malnutrition and vitamin deficiencies, depression, hallucinations, and violent behavior.

Potential Detriments: Can cause agitation, hypertension (leading to possible cardiac conditions), and anxiety.

Method(s) of Ingestion: Typically smoked, but can be eaten.

Method(s) of Ingestion: used by sniffing/snorting, smoking, or injecting

Potential Benefits: It is a short acting central nervous system stimulant. It produces feelings of happiness, increased energy, alertness, sensory awareness and self-esteem. It also reduces the need for sleep and food.

Potential Detriments: Cocaine and crack constrict the heart’s blood vessels making it work harder and faster to move blood through the body. This can trigger chest pain or a heart attack, or it may beat so irregularly that it may actually stop. Cocaine, in all forms, has been associated with sudden heart attacks in people under the age of 30, some of whom used the drug for the first time. It can cause brain seizures, violent, erratic, or paranoid behavior, anxiety, and hallucinations.

Potential Detriments: Can result in flashbacks (alterations such as above after drug is out of system), flashes and/or trails in front of the eyes, very frightening and realistic hallucinations (often referred to as a bad trip).

Potential Benefits: It is considered a central nervous system depressant and causes calmness and a sense of well being.

Potential Detriments: Opiod intoxication includes slurred speech, altered mood, drowsiness, impaired memory and/or attention. Overdose often results in death due to the fact that it is a respiratory (it slows down your breathing).

Potential Detriments: Can cause problems with concentration and speech, poor judgment, mood swings, paranoia, disinhibition of sexual and aggressive impulses. Some of these drugs (e.g., quaaludes) cause dry mouth, headaches, dizziness, chills, and diarrhea.

Overdose can result in delirium, convulsions, and death. Valium (and other benzodiazepines) can cause hostile or aggressive behavior, nausea, sweating, and convulsions.

(not one of the eleven categories, but worth learning about)
Steroids are hormones which stimulate growth and accelerate weight gain. Anabolic steroids are man made versions of the male hormone testosterone.

This drug can lower the muscle recovery time from training and over all fatigue, can produce surges in self esteem, increased energy and sex drive, increased appetite, and a greater tolerance for pain.

In women, steroid use can produce the growth of facial and body hair, deepening of the voice, menstrual irregularities, and enlargement of the clitoris.

In men, testosterone is converted to estradiol, a female hormone, often leading to an enlargement of the breasts and a decreased sperm production. Possible long term effects include impotence, atrophy of the testes, violent acne and early baldness, high blood pressure and increased risk of heart disease, liver tumors and failure of liver function, stunted growth and permanent short stature in children and teenagers, mood changes, agitation, aggressiveness, anger, and an inability to control impulses.