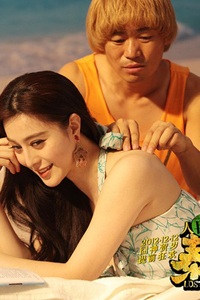 Sensation is the process by which our senses gather information and send it to the brain.  A large amount of information is being sensed at any one time such as room temperature, brightness of the lights, someone talking, a distant train, or the smell of perfume.  With all this information coming into our senses, the majority of our world never gets recognized.  We don’t notice radio waves, x-rays, or the microscopic parasites crawling on our skin.  We don’t sense all the odors around us or taste every individual spice in our gourmet dinner.  We only sense those things we are able too since we don’t have the sense of smell like a bloodhound or the sense of sight like a hawk; our thresholds are different from these animals and often even from each other.

Once a stimulus becomes detectable to us, how do we recognize if this stimulus changes.  When we notice the sound of the radio in the other room, how do we notice when it becomes louder.  It’s conceivable that someone could be turning it up so slightly that the difference is undetectable.  The difference threshold is the amount of change needed for us to recognize that a change has occurred.  This change is referred to as the Just Noticeable Difference.

This difference is not absolute, however.  Imagine holding a five pound weight and one pound was added.  Most of us would notice this difference.  But what if we were holding a fifty pound weight?  Would we notice if another pound were added?  The reason many of us would not is because the change required to detect a difference has to represent a percentage.  In the first scenario, one pound would increase the weight by 20%, in the second, that same weight would add only an additional 2%.  This theory, named after its original observer, is referred to as Weber’s Law.

Have you ever been in a crowded room with lots of people talking?  Situations like that can make it difficult to focus on any particular stimulus, like the conversation we are having with a friend.  We are often faced with the daunting task of focusing our attention on certain things while at the same time attempting to ignore the flood of information entering our senses.  When we do this, we are making a determination as to what is important to sense and what is background noise.  This concept is referred to as signal detection because we attempt detect what we want to focus on and ignore or minimize everything else.

The last concept refers to stimuli which has become redundant or remains unchanged for an extended period of time.  Ever wonder why we notice certain smells or sounds right away and then after a while they fade into the background?  Once we adapt to the perfume or the ticking of the clock, we stop recognizing it.  This process of becoming less sensitive to unchanging stimulus is referred to as sensory adaptation, after all, if it doesn’t change, why do we need to constantly sense it?