A large percentage of individuals with this disorder were sexually abused as children, although the vast majority of adults who were abused do not develop pedophilia or pedophilic behaviors. There is also those who argue pedophilia results from feelings of inadequacy with same age peers, and therefore a transfer of sexual urges to children. 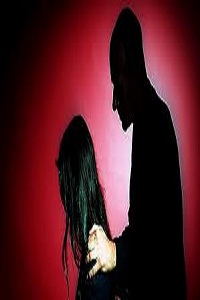 This disorder is characterized by either intense sexually arousing fantasies, urges, or behaviors involving sexual activity with a prepubescent child (typically age 13 or younger). To be considered for this diagnosis, the individual must be at least 16 years old and at least 5 years older than the child.

Treatment typically involves intensive psychotherapy to work on deep rooted issues concerning sexuality, feelings of self, and often childhood abuse. Medical treatments such as ‘chemical castration’ (which is actually a hormone medication which reduces testosterone and therefore sexual urges) have been investigated with very mixed results.

Prognosis varies, although it is typically good if the individual has insight into his behaviors and his own childhood issues. Combined with an antisocial personality (which is usually what is seen on the news or in movies), however, treatment prognosis declines, sometimes significantly.