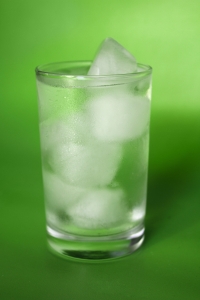 Debates over many of life’s developmental forces have raged for centuries. Many learned and distinguished scientists, theorists and practitioners have looked for clues into how we grow and why we do what we do. They have formulated theories ranging from the practical to the absurd, and have had their legions of followers. One such prickly debate is the question of the primary influence on intelligence, or as it is more popularly portrayed, I.Q.

This long-standing argument centers on the effect of two primary conditions. Nature, as expressed in hereditary factors we are born with and Nurture, as expressed by the social and environmental factors we are exposed to and which of the two plays a more significant role on our intelligence. In either case, we must first look at how intelligence is measured and quantified before a discourse on factors influencing such can take place.

Attempts have been made throughout history to measure intelligence. The ancient Chinese used a form of testing to select more favorable candidates for civil service positions. The search for clues into the human intellect attracted scholars such as Plato, who believed that “knowledge is not given by the senses but acquired through them as reason organizes and makes sense out of that which is perceived (Zusne, p. 6).” Also, William Duff, an ordained Scottish minister who in the late 18th century, “investigated the creative and cognitive capabilities of genius” and speculated that “imagination was an important part of intelligence (Smith, Elder & Co).” These were but a few of the many who influenced the development intelligence testing.

During the mid 19th century, the formation of major schools of Psychology in Europe began to catalyze the development of more invasive techniques in measuring intelligence. Already, a new breed of scientists had begun to use new forms of information gathering, such as Francis Galton, who pioneered the use of the survey and questionnaire, and who believed that statistical analysis could be used in investigation of behavioral and mental phenomena.

In response to a problem in 1904, Alfred Binet, a French Psychologist and Lawyer, helped develop the first successful intelligence test. The French government wanted to identify students in need of alternate education, Binet, who was on the commission investigating this issue, and a colleague, Theodore Simon, began testing schoolchildren to help weed out those children who would not benefit from the standard curriculum used in schools of the day. This test and subsequent tests until Binet’s death in 1911 had one major innovation that became the standard used to this day in intelligence testing: the concept of mental age. The Binet-Simon Intelligence Scale was published in 1905, receiving wide acclaim, but the revision, in 1908 was the first in which the concept of mental age was proposed. Binet and Simon theorized that a child of eight should test to a mental age of eight. ‘A child testing to a mental age of six was considered retarded and a child testing the mental age of 10 was considered advanced (Fancher, 1985).’ In 1914, William Stern, a German Psychologist, devised a formula that used the concept Binet-Simon had fashioned, and put it into practical terms: he divided the subjects tested mental age by his or her chronological age and the Intelligence Quotient was born.

Revisions made by Lewis M. Terman, a professor at Stanford University, standardized and expanded the test for American subjects, and added a new element to the Intelligence Quotient formula. Terman multiplied the Stern formula by 100 to remove the decimal and shortened the description of such to I.Q. His revisions were so widely accepted that the test soon became known as the Stanford-Binet Intelligence Scale.

David Wechsler, a Psychologist working at the US Army’s Camp Logan, used the Stanford-Binet test on military recruits to better asses their abilities for job placement within the military. But he realized that to fully explore the mental capabilities of his subjects, the tests administered would have to be broader and more valid. In order to determine a meaningful representation of adult intelligence, Wechsler introduced his own test, the WAIS (Wechsler Adult Intelligence Scales). This test, consisting of ten or eleven verbal and performance subtests, was fashioned to be a more accurate test of ‘real-life’ situations. This test led to the formulation by Wechsler of the Deviation Quotient, an IQ devised by “considering the individual’s mental ability in comparison with the average individual of his or her own age (David Wechsler, 2001)”.

These tests and many others devised and in use have led to a fundamental question: Which has more influence on intelligence, environment or biology? This is not an easy question to answer. Various tests have shown that there is a socio-economic link to IQ as people who are better off financially score 17 point higher on IQ tests than those financially disadvantaged people who take the same exam. Does this mean that only the rich are smart? I don’t think so, but it does indicate that the accessibility of resources can have a profound effect on the development of intelligence. One such example of greater resources correlating directly to higher intelligence is a 1988 study on nutrition conducted on sixty Welsh children aged 12-13. Half were given a substantial vitamin and the other half a placebo for eight months. The half with nutritional supplements was shown to score eight points higher on non-verbal tests over the control group (Benton, 1988).

The development of a fetus has been shown to correlate to intelligence also. While this can be argued to be biology, in fact, it is environment. Conditions in which the fetus develops, such as drug use or poor nutrition by the mother can be shown to have a direct effect on intelligence. For example, intellectual impairment is much more frequent in the infants whose birth weight is less than 2,000 grams (Caputo & Mandell, 1970).

Environmental differences in how children are raised also play a significant role on intelligence. Socio-economic status (SES) has been shown to play an important part of development. One study indicated that children from a home with a low SES, upon being transferred to a home with high SES, improved their test scores as much as 16 points (Wahlsten, 1995). Another study shows that home environment also plays a significant role. This study, conducted by R.A. Hanson, indicated that Stanford-Binet IQ scores were greatly associated to many environmental factors that remain stable, in the home. These variables associated to intelligence in each age period are: ‘freedom to engage in verbal expression, language teaching, parental involvement, and provision of language development models’ (Hanson, 1975). Cognitive development appears to be stimulated by the development of language. Such home variables as quality of language models available to the child, opportunities for enlarging vocabulary through appropriate language usage, and opportunities for language practice were also found to be important factors showing a ‘.69 correlation between total ratings of the home environment and general intelligence’ (Hanson).

While the effect of environment can not reasonably be dismissed as a factor on intelligence, a much more stringent argument has been and continues to be waged. This argument centers on the effect of genetics and heritability on the development of intelligence in humans. Genetic determination is the combination of genes that makes us what we are, or creates a characteristic. For example, our genes determine that we have five toes. Heritability, contrastingly, is what causes differences in those characteristics. For example, how genetic differences cause a variation in the number of toes: some people are born with six toes. An estimate of the heritability of a trait tries to indicate how much of the variance of that given trait is due to genetic differences. This number is characterized by a decimal, or .XX. Some have argued that this estimate is as high as .75, meaning that fully 75% of all IQ variances can be attributed to genetic differences. Studies have shown this to be high, except in monozygotic (MZ) twins raised together. These twins share the same exact genotype. In this case, the correlation was as high as .88. In the study of MZ twins raised apart, the correlation was as high as .75. In contrast, Dizygotic twins, who share 50% of their genes on average, had a correlation factor of .53 when growing up together and .46 when raised separately. This seems to indicate that similarity of a genetic component has a direct influence on IQ scores. At the very least, it indicates a much higher influence than that of non-related children having a correlation of just .17 (Loehlin, Lindzey, and Spuhler, 1975).

In The Bell Curve (1994), Richard Herrnstein and Charles Murray claim that separated-twin studies represent the “purest” of the direct measures of heritability and that intelligence is strongly heritable with a heritability estimate of .60 + .2 within whites. They also go on to state that social intervention can do very little to raise IQ. This claim is based on data from the National Longitudinal Survey of Youth (NLSY). This survey was an ongoing federal project testing over 10,000 youths in the 1980’s. To say that this book has created a storm would be like equating a Category 5 hurricane with an afternoon thunderstorm. At its roots, “The Bell Curve” proposes that as American society grows, wealth and other social benefits are being distributed more prevalently on the basis of people’s intelligence than on the social background. They argue that since intelligence is based more on heritability than environment, social programs such as welfare and affirmative action should be abolished, because genetic differences would contribute more greatly to individual’s futures, than would wasting taxpayer’s money. Murray argues, “For many people, there is nothing they can learn that will repay the cost of teaching (Quoted in Don Lattin)”. This side issue in the book, the differences between white and black IQ’s within the group as compared to individually, and the degree to which genetics can be attributed as the primary influence of such, has become the spark igniting the vast majority of conflagrations associated with this book. This claim has been seen as racist by a large group of scientists and researchers, and no less than five major books have been published to repudiate the claims of “The Bell Curve”. It can be argued, and quite rightfully so, that differences in race when measuring IQ can be rendered mute by changes in social and economic conditions as a whole as evidenced by programs such as Head Start. It can also be said that there is a definite correlation between the genetic component of Humans and their ability to develop intellectually. While this may not be as high a component as the SES of an individual, it plays a part, just the same.

The in-ability to recognize which factor, nature or nurture, is responsible for any specific trait, but knowing that one or both of the two is responsible, will keep the argument of genetics vs. environment in the forefront of our search for answers for a long, long time.

Benton D, Roberts G: Effect of vitamin and mineral supplementation on intelligence of a sample of schoolchildren. Lancet I: 140-143, 1988.

Wahlsten, D. (1995). Increasing the raw intelligence of a nation is constrained by ignorance, not its citizens’ genes. The Alberta Journal of Educational Research, 41 (3), 257-264.