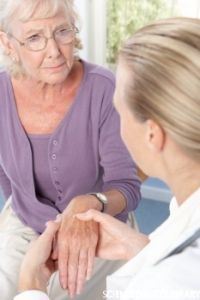 Obsessive Compulsive Disorder is an anxiety disorder that can be emotionally, painful and humiliating causing people to isolate themselves from others. There are many types of disorders, but the seven most common OCD are the checkers, washers and cleaners, repeaters, orders, hoarders, thinking ritualizes, worriers and pure obsessionals. The cause of OCD is really not known. There is help for those that suffer with OCD through medication and therapy.

What is obsession? Obsession has a different meaning for the mental health professional than it does for the general public. The first definition of obsession, by a German psychiatrist Karl Westphal states that obsessions are thoughts which come to the mind of consciousness in spite of and contrary to the will of the patient, in which he cannot suppress and he is aware of this abnormality and all of the characteristic of himself (Osborn, pg 30). Obsessive Compulsive Disorder is when thoughts enter a person’s mind like an electric shock very gradual. Obsessive Compulsive Disorder is a pattern of repetitive thoughts and behaviors that are extremely difficult to get over. These thoughts are repeated many times making it very difficult to stop thinking them or to change to other thoughts. Initially the thoughts may seem to be related to a real event or issue, later appearing extreme, purposeless and crazy to others. These thoughts create doubts about whether harm has happened or will happen to others of one’s self. The thoughts are usually ongoing and ongoing of compulsive questions and checking and looking for reassurance about weather the thought is or is not true. No answering or reassuring will ever satisfy someone with this problem. The OCD person can have more information than the average person would need to make a decision, but can not, believing that they do not have enough information. It is not that they don’t have enough information, but due their doubts they cannot process the information in a way that could eradicate their doubt (Penzel, pg 1, pg 2).

A person with checkers OCD is one who checks constantly to prevent something bad from happening. Some common concerns of a checker are checking to make sure the stove has been turned off, or the iron has been turned off. The checker thinks if the stove or iron has not been turned off a fire will start and the house will burn down. The checker gets caught up in hours of repeated checking and doubting of the same thing. Allowing someone else to lock up the house is a way of getting the check out of the house or to go on with his or her day (Foa & Wilson, pg 9).

Repeaters are those who repeat their actions. When a fearful thought enter their mind they feel the need to repeat the some action to keep the thoughts from coming true. The repeater is like the checker in trying to prevent something bad from happening. However, the repeater can’t tell the difference between obsession and compulsion. An example of a repeater preventing a spouse from dying would be getting dressed and undressed until the thoughts of death are gone (Foa & Wilson, pg 9).

Orders are people who want things around them arranged in a certain way of symmetrical patterns. Orders utilize lots of time making sure things are in the right place and will notice right away when the pattern of something has been changed. They usually get upset when something of theirs has been rearranged or things are not perfect. For example an orderer will lay out their daily medication of vitamins in a special design on the kitchen counter rearranging the design every time a pill or vitamin is taken (Foa & Wilson, pg 9).

A hoarder collects objects or things that they find impossible to get rid of. A hoarder will collect things and put them away with the intent of using them in the future. An example of a hoarder is when a person collects newspapers for a long time thinks they will need a specific article (Foa & Wilson, pg 10).

The thinker ritualize has repetitive thoughts or images to counteract their anxiety provoking thoughts or images, the obsession. The patterns of the thinker ritualizer is closely related to the repeaters, except the thoughts are repetitious ritualistic instead of behaviors. Praying repeating specific words or phrases, and counting are the most common rituals of the ritualizer. For example, Stuart, a thinker ritualizer associated a number to bad luck and a
number to good luck. When a thought with the numbers that Stuart associated with good or bad luck would enter his mind he would repeat the number six or several times to stop bad luck or good lock. Thinking ritualizer will try to remember events in detail and repeat a mental list to ensure safety. For example, a sixty – seven year old man spent hours tested his memory every day by trying to remember unimportant events in order to prevent Alzheimer’s disease (Foa & Wilson, pg 100).

Worriers and Pure Obsessionals have repetitious negative thoughts that they can’t control and are very upsetting to them. The worrier does not experience any repetious behavior, such as checking or hand washing, or any thinking compulsions. The worriers and pure obsessionals worries about health problems, past traumatic events, or failing at some task in the future. An example of some one not demonstrating any compulsive behavior that could temporary alleviate their distress would be someone worrying about losing all of their saving in the market crash and not being able to educate their children. A severe example would be shameful images of inappropriate sexual behavior, or impulses to kill or hurt themselves or their love ones. Afterward, the person may dwell on how these thoughts may come true for hours or days (Foa & Wilson, pg 11).

Researchers and mental- health professional do not know the causes of OCD. Several theories suggest a biological basis for OCD and there are studies that are exploring the possibility. The Positron emission transaxial tomography (Pett) and other brain imaging techniques have indicated that there may be some brain abnormalities in the frontal lobe and the basal ganglia that cause OCD symptoms. There are other studies that indicate abnormalities in certain neurotransmitters may be involved. One neurotransmitter that may be involved is the serotonin. The serotonin helps regulate mood aggression, and impulsivity. The neurons that respond to serotonin are found throughout the brain and especially in the frontal lobes and the basal ganglia (Barlow, pg21). Recent preliminary testing of the brain has shown that someone with OCD has significantly less white matter than someone who does not have OCD (https://www.nimh.nih.gov/publicat/ocd.cfm, 07/17/2003).

OCD is sometimes brought on by depression, eating disorders, drug abuse disorder, personality disorder, attention deficit disorder or another anxiety disorder. Co-existing disorders can make it difficult to diagnose and treat OCD. Other theories about the cause of OCD that are not incompatible with biological explanations focus on the interaction between behavior, environment, beliefs, attitudes, and how information is processed (https://www.nimh.nih.gov/publication/ocd.cfm, 07/17/2003).

Researchers are still not clear on weather OCD is hereditary. Although, preliminary scientific data has shown a genetic link. One study for genetic cause has been found in twin studies. It has been observed that OCD in pairs of identical twins is greater than fraternal twins. A higher incidence of OCD within a certain family tree than is expected simply at random. A higher rate among children with OCD verses those without have also been observed (Penzel, pg 322). As of now no gene has been identified with OCD and there is no genetic test. It is very difficult to find and interview relatives of one with OCD, as well being able to properly diagnose one for OCD based only on an interview (Penzel, pg 323).

All behavioral therapies are not the same. There is different one that is applicable to different types of disorders. The therapy that works best for the OCD is the Exposure and Response Prevention (E&RP). People with OCD usually do not stay in the presence of what they are feeling long enough to find out that what they were fearing was not really dangerous enough for anything bad to happen, an that the anxiety that they were feeling would have gone away on it’s own. Their thinking is based on short – term avoidance rather than long term consequences. They are only worried about how they will feel in the next five minutes rather than in the next five years. The E&RP encourages participants to expose themselves to their obsessions a try and stop themselves from the compulsions to get rid of the anxiety that they are feeling (Penzel, pg 22). The participant approaches his fearful thoughts or situation with a gradual increase in the amount of time. This is done in a time frame from several weeks to several months. When you face your fears over a long period of time realizing that no harm will come to you or others it is called habituation. Avoiding the thing that you fear is what keeps you trapped in the OCD.

The result of facing your fear is that you slowly build up a tolerance for what you are fearing that causes that same amount of anxiety. Individuals that suffer with OCD are generally over controlled individuals living their lives risk free, having no spontaneity, only revolving their life around what they don’t fear. By agreeing to participate in the E&RP the individual is gradually giving up that rigid control and gaining control over the OCD. A study done by Dr Foa and colleagues in 1980 comparing the use of E&RP to the use of exposure alone or response prevention alone. The study revealed that exposure alone will reduce anxiety and very little improvement in compulsive rituals. The study also revealed if response prevention was used alone anxiety would improve a little and the compulsive will improve a lot. The two treatments are needed in order to get rid of the difference between the two studies.