An Overview of Psychological Operations
Lisa A. Burns 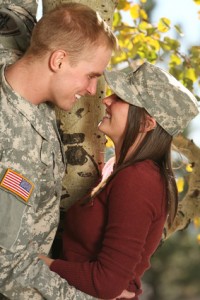 If asked to define Psychological Operations (PSYOPS) most people think they can draw upon some military examples. PSYOPS can operate between a national level down to the personal level. Although thought of as primarily a military tactic PSYOPS is used by government and non-military originators as well. This overview will describe the objectives of PSYOPS and how (mostly) military and non-military users have used conventional and unconventional tactics or techniques to reduce the opponent’s will to resist or fight. Poorly planned and/or executed PSYOPS can be shown to actually bounce back upon the originator with disastrous effects.

An Overview of Psychological Operations

The purpose of psychological operations (PSYOPS) is to influence, reinforce, and demoralize an opponent to secure the originator’s objective. PSYOPS is a planned operation(s) to communicate select information to foreign governments, groups, organizations, and individuals in order to influence their emotions, motives, objective reasoning, and behavior.

When considering unconventional methods of PSYOPS, such as beating an opponent on a tennis court or football field, there are similar but less conservative methods that are used. A football team may try to taunt the opposing team the night before by defacing the team’s mascot and thus making the opponent feel less focused on strategy and more on a win based on revenge. Muhammed Ali was notorious for demoralizing his opponents in the ring, not only with his punch but also with his words, “I am the greatest. Not only do I knock ’em out, I pick the round!” (Ali) Most citizens of North America are affected and influenced by an effective and powerful but bad example of PSYOPS. While negative campaign advertising does not actually look like PSYOPS, it does achieve the same results. The message is, “While you may not like our candidate, the other candidate is a skunk and here is why…”. The purpose is to demoralize the candidate and cut his or her support system.

Psychological operations (PSYOPS) is usually thought to be a part of a military objective but is sometimes used in other parts of a country’s arsenal of weapons of influence. US military is not the only place where PSYOPS is taught and used. In this report, the reader will view examples of conventional military PSYOPS.

In conventional military PSYOPS, there are several essential actions that considered when planning a line-of-attack as defined by the Joint Chiefs of Staff (1996). They are: 1) clearly defined mission, 2) analysis of all targets, 3) actions that are evaluated for psychological implications, 4) reliable medium or media for transmission, 5) rapid exploitation of PSYOPS themes, and 6) continual evaluation of the results of PSYOPS are considered relevant to the mission and goals.

Military operations have a psychological impact on both offensive and defensive forces. Moving an aircraft carrier off a rival’s shores, conducting amphibious landing training or surgical air strikes, or executing an underground special operations into an adversary’s heartland all influence attitudes, emotions, motives, objective reasoning, and ultimately the behavior of foreign governments, their leaders, groups, and individuals. (Joint Chiefs, 1996) Imagine how a soldier must feel when he looks up in the sky and sees the sky filled with enemy or opposition airplanes; the soldier’s confidence in his nation and security has just been lowered. PYSOPS can reinforce the perceptions of the opponent and plant the seed of doubt about the opponent’s leadership.

Because morale is both an individual and group experience, and no two soldiers or individuals are alike, their breaking points are not alike. Many soldiers have endured such horrific conditions for prolonged periods of time without losing faith in their cause or confidence. Others fall deeply into despair and hopelessness in less grueling circumstances. PSYOPS had little effect on those with exceedingly high levels of morale. (Gilmore, 1998)

The following are different applied examples of military psychological operations. Some were very effective at achieving their objectives, while another had failed miserably.

One of the earliest recorded descriptions of battlefield PSYOPS is recorded in II Chronicles 20 of the Old Testament. During the reign of Jehoshaphat (871-850 BC) the city-state armies of Ammon, Moab, and Mount Seir, formerly friendly to Judah, were scouring the countryside for plunder and made their approach to attack Jerusalem. Armies of that day consisted of poorly trained citizen-soldiers. Vastly outnumbered, King Jehoshaphat turned to prayer. The prophet Jahaziel delivered divine instructions, promising a miracle like no other ever seen before.

Being told where the attack was to originate, Jehoshaphat was also told to line up his army on the ridges and to stand firm but not fight. Instead the army was to sing and praise God. Normally the military band is only used after a fight but Jehoshaphat staged the band in the front line for all to hear.

In the World War II Pacific Theatre, Allied personnel involved in PSYOPS, wanted to understand and also communicate with Japanese soldiers on a personable level rather than view them as fanatical devotees to a lost cause. The Allied personnel’s purpose was to reduce their will to fight and encourage the Japanese to surrender. Allied forces knew that the Japanese soldiers were most concerned with the necessities of combat survival such as food, water, ammunition, weapons air and naval support and capable leadership. As the war progressed, the necessities became very low in supply. The continuing victories of the Allied forces caused the Japanese soldiers not only to worry about their survival, but also the safety of their family and home.

“Allied PSYOPS had two policies they followed when executing PSYOPS: tell the truth and do not criticize the Japanese emperor.” (Gilmore, 1998) Trust was essential in maintaining credibility of information that was distributed by the Allies. It established trust between the Allies and the Japanese soldiers who they hoped to influence. “Rather than blaming the emperor for devastating results of the war, which would’ve alienated the target audience, Allied Propaganda portrayed the emperor as an unwitting victim of militarists who controlled Japan, whose policies were leading down the path to destruction.” (Gilmore, 1998)

The soldier’s diaries and the interrogations of prisoners provided a large body of neglected evidence so that many soldiers experienced not only a crisis in confidence but a collapse of faith in themselves, their leaders, and their nation’s ability to achieve victory. (Gilmore, 1998)

A large and well-equipped military coalition joined with the forces of the Republic of Viet Nam (South Viet Nam) and largely defeated the forces of the Viet Cong in this veiled civil war by 1968. Supplies and some personnel from the Peoples Republic of Viet Nam (North Viet Nam) continued to flow in the South to support the Viet Cong. The Communist leadership decided to make one last fight and attacked Government targets and facilities all over the country during the holiday truce of Tet. The attacks were briefly effective but most combatants were killed or captured. There was no effective fighting force left in Viet Nam for the Communists.

For four years the US Government had been exaggerating battlefield successes and much remaining credibility was removed when the US public saw on their living room television sets the robust attacks of this “defeated” foe. It was a psychological turning point in the United States for military involvement in Southeast Asia. Other nations had already left the coalition and the political leaders in an election year promised an honorable way out of the war. As US forces declined the Communists began to send in soldiers from North Viet Nam to fight. A major military defeat to the Communists was turned into a victory when the major supporter of the continuing succession of weak South Viet Nam governments departed.

Loudspeakers, leaflet drops, radio and television broadcast, wanted posters as well as posters to turn in weapons for money, were all used in Operation Just Cause in 1989-1990 in the arrest of Manual Noreiga. It has been reported that heavy metal music playing 24 hours a day hindered Noreiga and his camp to think, plan, and sleep. (Clancy, Stiner, Klotz, 2002) This is an example of PSYOPS success.

On April 19, 1993, in Waco, TX, David Koresh’s Branch Davidian center was attack by the US Bureau of Alcohol, Tobacco and Firearms and the Federal Bureus of Investigation. According to the documentary, Waco: Rules of Engagement, and several accounts by surviving members, there were several tactics, which were used to demoralize the members. For almost two months, loud speakers played sounds of rabbits being slaughtered, the sound of a dentists drill, and clips from talk shows about how David Koresh is much hated, played 24 hours a day; flashing bright lights was another technique used. Very few did leave, while others stayed in fear for their lives, and because of their beliefs. This is an example of a PSYOPS failure.

“Planning for psychological operations began immediately after the [Iraqi] invasion of Kuwait. Leaflet, radio, and loudspeaker operations were combined and this combination was key to the success of PSYOPS. Leaflets were the most commonly used method of conveying PSYOPS messages. Twenty-nine million leaflets consisting of 33 different messages were disseminated in the Kuwait theatre of operations.

A building block approach for leaflet operations was used, with the first leaflet themes being ones of peace and brotherhood. Leaflet themes began by emphasizing the UN’s deadline and after the deadline passed, Operation Desert Storm began themes change emphasizing the abandonment of equipment and desertion were used. Exploiting the effects of specific munitions leaflets were also used to inform Iraqi units that they were going to be bombed. Feedback from interviews with enemy prisoners of war validated the success of leaflet operations.

“Voice of the Gulf” was the Coalition’s radio network that broadcast from ground based and airborne transmitter, 18 hours per day for 40 days. The radio script was prepared daily and provided news, countered Iraqi propaganda and disinformation, and encouraged Iraqi defection and surrender.” (Joint Chiefs of Staff, 1996)

“The broadcast would open with a call to prayer… then essentially news, sports, weather and interviews with detainees. ” PSYOPS veteran Rick Hoffman told NPR’s David Kestenbaum. “And then at some point during the broadcast day, the next day’s B-52 targets were announced but never at the same time. When Iraqi soldiers wanted to know what was on the list, they’d have to listen all day, exposing all the propaganda we cared to deliver, ” Hoffman said. “It was an amazingly effective campaign.” (Kestenbaum, 2001)

PSYOPS takes many shapes and forms. It can be used at a national or regional level or down to a small group or personal level. The purpose is always to promote the objectives of the originator and diminish the will of the opponent to resist or fight. Most conventional methods require some degree of trust or belief by the opponent in the originator’s message. Some unconventional methods work when no trust or connection exists. As shown in the Viet Nam example, the originator can unwittingly self-inflict PSYOPS against itself.

Gilmore, Allison B. (1998) You Can’t Fight Tanks with Bayonets: Psychological Warfare against the Japanese Army in the Southwest Pacific. University of Nebraska Press. Lincoln & London.

Joint Chiefs of Staff (1996) Referenceing the Final Report to Congress