The First to Leave

Alfred Adler joined Freud’s analytic society in 1902 and was even named the first president in 1910.  However, after growing disagreements he left with several other theorists in 1911, starting his own group originally named the ‘Society for Free Psychoanalytic Research.’  It is suspected that this name was meant as an attack on Freud’s stubbornness to accepting disagreements and challenge to his theories.  The name was later changed to ‘Individual Psychology,’ perhaps as a means to differentiate Adler as an independent theorist in his search for overcoming his perceived inferiority. 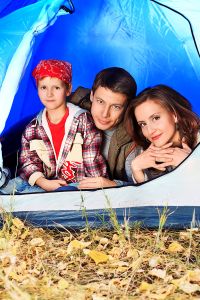 According to Adler’s theory, each of us is born into the world with a sense of inferiority.  We start as a weak and helpless child and strive to overcome these deficiencies by become superior to those around us.  He called this struggle a striving for superiority, and like Freud’s Eros and Thanatos, he saw this as the driving force behind all human thoughts, emotions, and behaviors.

For those of us who strive to be accomplished writers, powerful business people, or influential politicians, it is because of our feelings of inferiority and a strong need to over come this negative part of us according to Adler.  This excessive feeling of inferiority can also have the opposite effect.  As it becomes overwhelming and without the needed successes, we can develop an inferiority complex.  This belief leaves us with feeling incredibly less important and deserving than others, helpless, hopeless, and unmotivated to strive for the superiority that would make us complete.

Parenting Styles.  Adler did agree with Freud on some major issues relating to the parenting of children and the long term effects of improper or inefficient child rearing.  He identified two parental styles that he argued will cause almost certain problems in adulthood.  The first was pampering, referring to a parent overprotecting a child, giving him too much attention, and sheltering him from the negative realities of life.  As this child grows older, he will be ill equipped to deal with these realities, may doubt his own abilities or decision making skills, and may seek out others to replace the safety he once enjoyed as a child.

On the other extreme is what Adler called neglect.  A neglected child is one who is not protected at all from the world and is forced to face life’s struggles alone.  This child may grow up to fear the world, have a strong sense of mistrust for others and she may have a difficult time forming intimate relationships.

The best approach, according to this theory, is to protect children form the evils of the world but not shelter them from it.  In more practical terms, it means allowing them to hear or see the negative aspects of the world while still feeling the safety of parental influence.  In other words, don’t immediately go to the school principal if your child is getting bullied, but rather teach your child how to respond or take care of herself at school.

Birth Order.  Simply put, Adler believed that the order in which you are born to a family inherently effects your personality.  First born children who later have younger siblings may have it the worst.  These children are given excessive attention and pampering by their parents until that fateful day when the little brother or sister arrives.  Suddenly they are no longer the center of attention and fall into the shadows wondering why everything changed.  According to Adler, they are left feeling inferior, questioning their importance in the family, and trying desperately to gain back the attention they suddenly lost.  The birth order theory holds that first born children often have the greatest number of problems as they get older.

Middle born children may have it the easiest, and interestingly, Adler was a middle born child.  These children are not pampered as their older sibling was, but are still afforded the attention.  As a middle child, they have the luxury of trying to dethrone the oldest child and become more superior while at the same time knowing that they hold this same power over their younger siblings.  Adler believed that middle children have a high need for superiority and are often able to seek it out such as through healthy competition.

The youngest children, like the first born, may be more likely to experience personality problems later in life.  This is the child who grows up knowing that he has the least amount of power in the whole family.  He sees his older siblings having more freedom and more superiority.  He also gets pampered and protected more than any other child did.  This could leave him with a sense that he can not take on the world alone and will always be inferior to others.