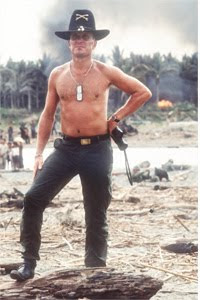 Everybody’s heard the term personality, and most of us can describe our own or our friend’s personality.  What most don’t know, however, is that personality is one of the most theorized and most researched aspects of psychology.

So what is personality?  To understand this concept, you first need to understand the difference between a trait and a state.  A trait is a relatively permanent individual characteristic.  For example, most of know people who are outgoing, friendly, confident, or shy.  When we describe these people, we use these traits to better understand their personality; to better understand who they are.  A state, on the other hand, is a temporary change in one’s personality.  Examples of states might be angry, depressed, fearful, or anxious.  We typically use states to describe a person’s reaction to something.

To make matters more confusing, a trait can also be a state, and visa versa.  The man who has the personality trait of outgoing might be shy at first around new people.  The woman who is typically confident, might exhibit fear or self-doubt when presented with a new stimulus.

The key to understanding the difference is to think about how the person typically is (trait) and how the person has temporarily changed (state) in response to something.  As we progress through personality theory and development, we will focus primarily of traits; the characteristics of a person that makes him or her unique.