Like Rotter, Albert Bandura also saw problems with the traditional behaviorist’s view of personality.  He argued that some behaviors that we exhibit are strictly human behaviors and that studying animals can never give us a compete understanding of human nature.  The one major difference between human and lower animals, according to Bandura, is our advanced ability to process information. 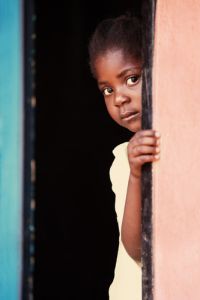 His theory, known now as Social-Cognitive Theory, states that two aspects of human nature determine behavior: internal and external.  He called these reciprocal determinants of behavior because they act together and can not be separated.  Since the outcome of our internal and external determinants can also influence future behavior, Bandura believed that these three aspects make up his model.

Bandura argued that learning can take place without actually exhibiting a change in behavior.  Unlike behaviorists, who believe no learning takes place without a change in behavior, he felt that we could actually observe others, read books, hear stories and learn information that is stored for future use.  This phenomenon is known as observational learning.  Like the rest of his theory, even though we don’t perform the activity we learned, we still maintain both an internal and external belief about the outcome of that activity.  If we see the outcome as negative, even though we may be wrong, we are less likely to engage in it.