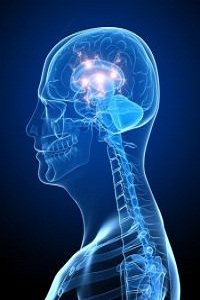 There are three measures of central tendency and each one plays a different role in determining where the center of the distribution or the average score lies.  First, the mean is often referred to as the statistical average.  To determine the mean of a distribution, all of the scores are added together and the sum is then divided by the number of scores.  The mean is the preferred measure of central tendency because it is used more frequently in advanced statistical procedures, however, it is also the most susceptible to extreme scores.  For example, if the scores ‘8’ ‘9’ and ‘10’ were added together and divided by ‘3’, the mean would equal ‘9’.  If the 10 was changed to 100, making it an extreme score, the mean would change drastically.  The new mean of ‘8’ ‘9’ and ‘100’ would be ’39.’

The median is another method for determining central tendency and is the preferred method for highly skewed distributions.  The media is simply the middle most occurring score.  For an even number of scores there will be two middle numbers and these are simply added together and divided by two in order to determine the median.  Using the same distribution as above, the scores ‘8’ ‘9’ and ‘10’ would have a median of 9.  By changing the ‘10’ to a score of ‘100’ you’ll notice that the median of this new positively skewed distribution does not change.  The median remains equal to ‘9.’

Interestingly, in a perfectly normal distribution, the mean, median, and mode are exactly the same.  As the skew of the distribution increases, the mean and median begin to get pulled toward the extreme scores.  The mean gets pulled the most which is why it becomes less valid the more skewed the distribution.  The median gets pulled a little and the mode typically remains the same.  You can often tell how skewed a distribution is by the distance between these three measures of central tendency.