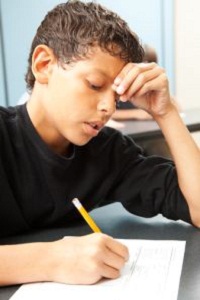 Once you determined your variables, applied the concept of standardization, and selected your subjects, you are almost ready to begin the testing process.  The concept of testing refers to the application or analysis of your independent and dependent variables.  If there is any manipulation of the subjects in your study, it occurs during this phase.  Before testing any human subject, however, some type of consent form is necessary.  Consent forms basically describe the study, how the results will be used, and any possible negative effects that may occur.  They also give the subject the right to withdrawal from the study at any time without consequence.  Your specific hypothesis does not need to be disclosed but each subject must be made aware of any general concerns and be able to ask questions before testing can begin.  More on consent forms will be discussed in chapter 2.

If your hypothesis, for example, asked if there is a difference in effectiveness of different treatments for depression, you might assign your subjects to one of several different groups: cognitive therapy, dynamic therapy, humanistic therapy and possibly no therapy.  Each subject would likely be tested prior to the study to determine a baseline for his or her level of depression and would then begin a predetermined and standardized treatment plan.  Because you are standardizing your study, each subject should get identical treatment short o the independent variable.  In other words, the only thing you want to be different between the groups is the type of therapy received.

The no therapy group would be considered a control group and may participate in some type of non-therapy related activity while the other subjects receive therapy.  This group is used to determine if time plays a role in the decrease of depressive symptoms.  Without a control group you couldn’t say that any particular therapy was more helpful than no therapy because subjects may have improved merely because of some outside factor unrelated to treatment.  If you recall, these factors are called extraneous variables, and control groups, along with randomization, help to keep the impact of these variables to a minimum.