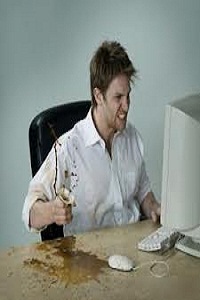 This disorder is apparently rare, with the majority of cases occurring when the individual is between late adolescence and late twenties. There is some evidence of that the neurotransmitter serotonin may play a role in this disorder.

This disorder is characterized by frequent and often unpredictable episodes of extreme anger or physical outbursts. Between episodes, there is typically no evidence of violence or physical threat.

Treatment could involve medication or therapy, with the best prognosis utilizing a combination of the two.