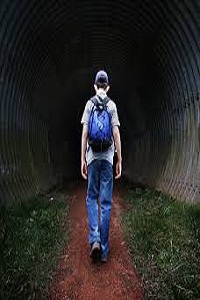 This disorder was previously known as both psychopathic and Sociopathic personality disorder. Like most personality disorders, there are many factors that may contribute to the development of symptoms. Because the symptoms are long lasting, the idea that symptoms begin to emerge in childhood or at least adolescence is well accepted. The negative consequences of such symptoms, however, may not show themselves until adulthood.

Research has shown that a large percentage of individuals with this disorder have recognizable behaviors prior to age 15. These behaviors include difficulty with authority, legal altercations, cruelty to animals, fire setting, and a dislike or anger toward authority. This disorder is diagnosed much more frequently in males.

The symptoms of antisocial personality disorder include a longstanding pattern (after the age of 15) of disregard for the rights of others. There is a failure to conform to society’s norms and expectations that often results in numerous arrests or legal involvement as well as a history of deceitfulness where the individual attempts to con people or use trickery for personal profit. Impulsiveness if often present, including angry outbursts, failure to consider consequences of behaviors, irritability, and/or physical assaults.

Some argue that a major component of this disorder is the reduced ability to feel empathy for other people. This inability to see the hurts, concerns, and other feelings of people often results in a disregard for these aspects of human interaction. Finally, irresponsible behavior often accompanies this disorder as well as a lack of remorse for wrongdoings.

Prognosis is not very good because of two contributing factors. First, because the disorder is characterized by a failure to conform to society’s norms, people with this disorder are often incarcerated because of criminal behavior. Secondly, a lack of insight into the disorder is very common. People with antisocial personality disorder typically see the world as having the problems, not him or herself, and therefore rarely seek treatment. If progress is made, it is typically over an extended period of time.