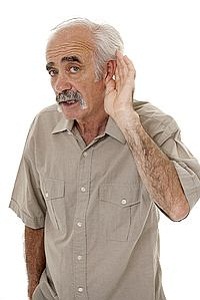 Symptoms are often present in adolescence and almost always by young adulthood. There may be a history of unstable relationships in the person’s life and there is a higher than average likelihood of sexual abuse, family violence, and/or neglect in the person’s childhood. This disorder is diagnosed much more frequently in females.

The major symptoms of this disorder revolve around unstable relationships, poor or negative sense of self, inconsistent moods, and significant impulsivity. There is an intense fear of abandonment with this disorder that interferes with many aspects if the individual’s life. This fear often acts as a self-fulfilling prophecy as they cling to others, are very needy, feel helpless, and become overly involved and immediately attached. When the fear of abandonment becomes overwhelming, they will often push others out of their life as if trying to avoid getting rejected. The cycle most often continues as the individual will then try everything to get people back in his or her life and once again becomes clingy, needy, and helpless.

The fact that people often do leave someone who exhibits this behavior only proves to support their distorted belief that they are insignificant, worthless, and unloved. At this point in the cycle, the individual may exhibit self-harming behaviors such as suicide attempts, mock suicidal attempts (where the goal is to get rescued and lure others back into the individual’s life), cutting or other self-mutilating behavior. There is often intense and sudden anger involved, directed both at self and others, as well a difficulty controlling destructive behaviors

Treatment for this disorder is long term in nature since the symptoms have been present for an extended time and interfere with many aspects of the person’s life. Insight oriented therapy can be helpful but research is showing an increased support for a cognitive-behavioral approach. In other words, the individual’s thoughts and actions are monitored both by the self and therapist and specific behaviors are counted and a plan is made to gradually reduce those thoughts and behaviors that are seen as negative. A combined approach may be best, but either way requires intensive time and effort.

Prognosis is difficult to assess. While the disorder is chronic in nature, gradual improvements with work are definitely seen. While it is difficult for anyone to change major aspects of their personality, the symptoms of this disorder can be reduced in both number and intensity. Long term treatment is almost always required.