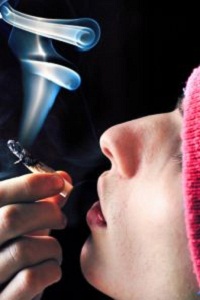 There is evidence that genetic factors play a role in both dependence and abuse. Other theories involve the use of substances as a means to cover up or get relief from other problems (e.g., psychosis, relationship issues, stress), which makes the dependence or abuse more of a symptom than a disorder in itself.

Substance use history which includes the following: (1) substance abuse (see below); (2) continuation of use despite related problems; (3) increase in tolerance (more of the drug is needed to achieve the same effect); and (4) withdrawal symptoms.

Detoxification treatment may need to be administered due to the dangerousness of some withdrawal symptoms. Research suggests that no treatment method is superior, but that social support is very important. Organizations such as AA and NA have had better than average success in reducing relapse.

Variable. Both substance abuse and dependence is difficult to treat and often involves a cycle of abstinence from the substance and substance use.