Learning to be Helpless

The experiments in classical conditioning started as research on digestion and almost by accident lead to a concept that has become a staple in behavioral theory.  In 1967, while researching classical conditioning, another accidental discovery occurred.  In the original experiments, dogs were placed in harnesses so that they could not escape and then were presented with small electric shocks (Overmier & Seligman, 1967; Seligman & Maier, 1967).  After this experience, these dogs as well as dogs who had not undergone the original harness studies were placed in a shuttle box (see below) which consisted of two sides both with independent electric grids on the floor.

What they discovered was a distinct difference between the dogs who had originally been harnessed and those who had not.  For the latter, when a shock was presented, they almost immediately, after trying different methods of escape, jumped across the barrier to escape the uncomfortable shock.  The previously harnessed dogs showed distress, as did the other digs, but unlike the other dogs, failed to escape the shock and ultimately laid down on the grid and whimpered (Seligman, 1975). 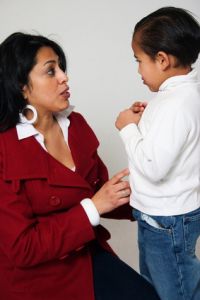 These studies demonstrated that previous learning can result in a drastic change in behavior.  When presented with a situation that allowed the dogs to control their experience, those who learned earlier that they had no control failed to escape the shock.  Without this learning, escape was not only seen as a possibility, the behavior to escape was exercised in every case.

In the study of psychological phenomenon of animals, the next logical step after a discovery such as this, is to determine its effect on humans.  Experiments were designed presenting a loud irritating noise (rather than the original shock) to human subjects (Hiroto, 1974; Hiroto & Seligman, 1975).  In these experiments, subjects were presented with the noise and told that if they solved a puzzle the noise would turn off.  By pressing a series of buttons, for example, one group learned that they had control over their environment.  A second group, however, were presented with puzzles that had no solutions, resulting in an inability to turn off the irritating noise.

To test if their learning would generalize to other areas, these same subjects, as well as new subjects were then presented with similar situations but with new types of problems to solve.  The problems in this phase were identical, so each group had an equal chance of solving the problems.  Those who were able to control their environment before did as well as new subjects, however, those in the unsolvable condition before, did significantly worse.  Like the dogs in the original experiments, the human subjects also inaccurately generalized their learned helplessness to a new situation.

Several replications of these experiments support the idea that we can learn to be helpless in an environment that actually offers us control (Garber & Seligman, 1980, Peterson, Maier, & Seligman, 1993).  This realization has since been applied to many aspects of human behavior, and does well to explain why people in certain situations accept their uncomfortable or negative situation despite the ability to change it.

Since the original learned helplessness experiments, the phenomenon has been applied to several areas of human behavior, including (1) Depression (Seligman, 1975; Seligman, 1976); (2) elderly adults and old-age homes (Langer & Rodin, 1976); (3) domestic violence and abusive relationships; and (4) drug abuse and addiction.

Studies have found that a true inability to control the environment is not necessary for learned helplessness to occur.  In fact, even when told there is nothing a person can do, he or she is more likely to not try or to try less diligently than those who were not given this advice (Maier & Seligman, 1975).  Like in many aspects of human behavior, perception is the key.

We have found that those who have experienced depression in the past are more likely to accept depression in their future and therefore less likely to attempt change.  The same holds true for individuals in domestic violence situations.  Those who have been unable to escape violent situations in their homes are much more likely to refuse help and accept future violence as inescapable.  This is true even when presented with real options to avoid future violence.

Many also argue that an inability to quit smoking is related, along with obvious chemical qualities, to the person’s perception of control.  If a person witnesses others try and fail in their attempts to quit, they are less likely to try themselves.  For those addicted to other substances, this phenomenon seems to hold true as well.  The more you have witnessed failure either in yourself or others, the less likely you are to attempt change, even if the situation changes dramatically.