Psychology is not a ‘Hard’ Science

While there have been many exciting discoveries leading to very effective treatment options for psychological problems, behaviorism and the learning theories are not without the short comings.  We spoke of the positive aspects in the beginning of this chapter, including its basis in research and factual information, its ease of application, and successful treatment outcomes. 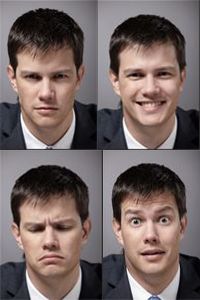 On the downside, there are typically three main arguments against these theories.  First, many argue that even with the new revisions by Rotter, Bandura, and others, behaviorism still falls short in the overall understanding of human personalities and human differences.  Why do people respond differently to very similar situations?  Why do some people engage in negative behaviors?  Why do some people make sacrifices without external reward?  These are only a small percentage of the questions that are currently being asked of behaviorists in critique of their theory.

Second, a new discovery was found that seems to, at least on the surface, negate the concept of external reinforcement developed by Skinner and others.  Research has found that by rewarding someone for a behavior they are doing anyhow actually serves to reduce the behavior rather than increase it.  Imagine having a hobby that you greatly enjoy and someone suggests that you turn it into a business.  This sounds like a great idea and many have tried this.  You are doing what you love and people are giving you money to do it but suddenly you start to dislike this activity.  This may occur because without external rewards, there were also no external pressures, punishments, and expectations.  The addition of the reward does not often make up for the added negative results, causing you to stop engaging in a previously loved activity after given a reward.

Finally, while applying treatment based on learning theory has produced very positive results, many argue that this type of treatment has limited or no effect in the greater scheme of personality change.  In other words, a psychoanalyst may argue that the spider mentioned in the previous section is a representation of something or someone else, such as the mother figure.  While we may alleviate the fear of spiders, the fear of mother is still present and will surface in other areas of the person’s life.  In this sense, we have not cured a personality deficit, we have only moved it somewhere else.  A humanist may argue that by focusing on this small aspect of the person’s life, we are actually diverting them away from true happiness and self-actualization.  And finally, a biological theorist may argue that the fear of spiders was natural, resulting from our natural genetics and removing this natural phenomenon will ultimately cause detrimental results.