We start with biological theory for two reasons.  First, the theory that our genetic makeup determines, at least in part, our personality has been a strong belief among theorists for thousands of years.  Secondly, one of the first questions Personality students often ask is what percentage biology plays in our development as a person. 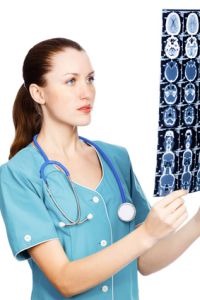 In its simplest form, biological components strongly determine our physical characteristics such as eye color, height, hair color, body type, and general looks.  Even if biology plays no direct role in our personality, the way we look certainly affects how we see ourselves and how others interact with us.  This indirect affect does, at minimum, play a role in how we develop and who we are as adults.

Research, mainly utilizing co relational studies has determined that other aspects may be directly linked to our genetic make-up.  The idea of inherited Intelligence has now been shown to be only partially correct.  While biology plays a role, the significance of environment can not be ignored.  A recent phenomenon is the belief that many mental disorders, such as depression and anxiety, are linked to our inherited genes.  While these theories have yet to be proven one way or the other, they certainly influence how we approach mental illness treatment and recovery.

Other aspects of human development, such as temperament and extroversion and introversion have also been shown to have strong biological links.  One theorist, Hans Eysenck, believed that much of our personality was determined by biology, and although controversial at times, he continues to be one of the most discussed biological theorist in terms of personality development.