From Theory to Research to Practice

The definition of personality refers to an enduring pattern of interacting with the self and the world.  Personality, by definition, in somewhat rigid and difficult to change.  Every one of us can identify aspects of our own personality that we see as positive and healthy as well as those aspects that are seen as negative or worth improving.  The personality disorders in the previous sections, as well as any specific traits not seen as a disorder present a unique struggle for psychotherapists. 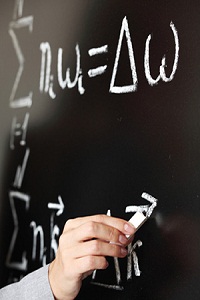 While much of therapy is done with individuals who do not suffer from a personality disorder, specific traits are often looked at, identified as unhealthy, and ultimately an attempt is made to change them somehow.  Those with depression may have a trait where they see themselves or the world in a negative manner.  Those with a phobia may respond to the feared object or situation the same way, often for many years.  Those who smoke, drink, have a history of anger or bad relationships, are all seen as exhibiting negative personality aspects.  While most traits are seen as positive, it is these negative ones that receive attention.

Psychoanalysis, psychodynamic therapy, behavioral therapy, humanistic counseling, and cognitive therapy are all approaches to changing these negative aspects.  They all stem from theory.  They have all undergone research, although some much more than others.  And they have all resulted in a general approach to therapy that is meant to help a person change, grow, or improve.  Research has shown them all to be effective tools although some have more strengths than others when it comes to specific disorders.

As you read through the personality disorders, you may have noticed how the symptoms often feed on each other.  As one is exhibited (such as clinginess) a person may actually be perpetuating his worst fear (abandonment).  So as he attempts to avoid it, he actually causes it.  Changing one’s personality is not a simple task and may takes years of hard work and dedication to accomplish.

Consider what many see as a simple disorder, a specific phobia such as arachnophobia.  This intense fear of spiders results in negative consequences for the individual.  He may avoid spiders or anything that resembles them and may go to drastic measures to accomplish this and suffers from related, and often very intense, anxiety.  In their simplest forms, lets look at how each theory would conceptualize and treat arachnophobia.

Fears such as arachnophobia originate in early childhood.  They are often a representation of an object from childhood that that caused distress.  Because the parents, typically the mother, are such a major part of a child’s development, this is often the first place we would look.  We would explore their childhood, discuss their dreams, and analyze their relationships, including the therapeutic relationship.  Through this analysis we may discover that the fear of spiders actually represents a fear of castration.

Seeing one’s mother as powerful and able to take away the power of a child is anxiety provoking.  This fear is therefore repressed into the unconscious.  It may no longer be recognized but always surfaces in other ways.  In this case, it has surfaced as a fear of spiders since anything stuck in a spider’s web is helpless and powerless, just like the client felt as a child with his mother.

Once we understand how the fear developed, we can use various techniques to cure the client.  One technique might be re-parenting, or perhaps further analysis to create insight into the disorder.  By fully understanding and overcoming the true feared object (the mother) we can cure the client of the displaced fear (the spider).  Without this understanding, fixing the conscious fear of spiders will only result in the real fear coming out in a different manner.

Fear is a learned response and the development of a phobia such as arachnophobia is obviously a result of learning.  Looking back into the person’s history may reveal an incident or many incidents revolving around spiders that were either punished (the child who played with a spider) or conditioned (allergic reaction to a spider bite).  Once the punishment (such as in the case of operant conditioning) or the association of pain and spiders (classical conditioning)  the individual will constantly see the spider as a negative and aversive stimuli.

Until another association is made, the phobia will not disappear and therefore the goal of treatment should be to create another association.  Because anxiety and relaxation can not occur at the same time, a good approach may be to teach the client to relax.  We would then present the client with predetermined and progressively fearful situations while he relaxes.  To add to the power of this technique (referred to as systematic desensitization) we may include positive reinforcement such as praise, candy, or a simple pat on the back.

Treatment should be fairly short term, perhaps lasting as little as one session depending on the intensity of the fear and the abilities of the client to relax.  As we approach the ultimate fear (e.g., holding a large live spider), the client will gain confidence and reduce his anxiety considerably.  Once he reaches this goal, treatment is considered a success.

The underlying cause of the client’s fear is of no concern.  By interpreting childhood experiences or looking into association, we merely take power away from the client.  We want a client to understand that they are important, knowledgeable, and competent.  Therefore, the goal of treatment would involve instilling this in the client.

As a therapist, I am trained in asking questions, showing empathy, and allowing the client to solve his own problems.  By using these techniques in therapy, the client will ultimately realize the irrationality of his fear and will take steps to overcome it.  His goal, after all, is to understand himself to the fullest extent possible.  The obstacle of fear will eventually be overcome as he moves toward a greater self-awareness.

It seems obvious that any fear is a result of a misperceived belief about the feared object or situation.  Ask  anyone with social phobia and they will tell you that the fear is caused by thoughts of potential embarrassment and humiliation.  Often times when our expected result does not occur, we realize the power our minds have to see the world differently from how it really is.

The goal of treatment then would be to understand the thoughts that lead to the emotion of fear.  These could include the idea that all spiders are poisonous, that spiders always want to bite, that they are dirty, will cause illness or pain, or something similar.  Once we understand the thoughts we can counter them with reality.  We may assign homework so that the client can better understand spiders.  We may discuss the fear in a matter that forces the client to confront his irrational or faulty thinking.

Once the client sees spiders for what they really are, he will fear them less.  If he is able to understand the difference between a poisonous spider and a harmless one, he can change his behavior accordingly.  The goal is to understand reality as it really is, not how our minds believe it to be.  By seeing spiders for what they really are, there will no longer be a need to fear them.