Personality Disorders are characterized by an enduring pattern of thinking, feeling, and behaving which is significantly different from the person’s culture and results in negative consequences.  This pattern must be longstanding and inflexible for a diagnosis to be made.  There are ten types of personality disorders, all of which result in significant distress and/or negative consequences within the individual.  These ten disorders are broken down into three personality categories, or clusters as described below.  Keep in mind that for a disorder of this type to be diagnosed, the pattern must be longstanding (often several years) ad must be present in all aspects of the person’s life.  In other words, if the exhibit the behaviors only with their spouse or parents but no one else, it does not constitute a disorder. 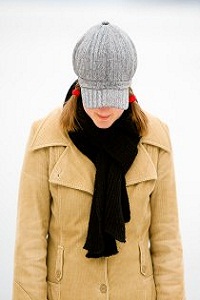 Paranoid Personality Disorder includes a pattern of distrust and suspiciousness in others.  These individuals are preoccupied with doubts about people’s motives, have a difficult time trusting others and often look for the ‘real’ motive behind behavior.  They may read into benign remarks, be rigid in their views and quite unforgiving of the behavior of others.  Intimacy is difficult as they may be diligent in checking up on their spouse or friends, seeking to expose their infidelity and therefore confirm their suspicions.

Schizoid Personality Disorder refers to a pattern of detachment from social norms and a restriction of emotions.  They often do not enjoy contact with others, not even close friends or family, and prefer solitary activities.  They are seen as uninterested in social interaction and indifferent to how others perceive them, whether positive or negative.  The individual with this personality disorder may also be seen as lacking emotion, including happiness, excitement, anger, distress, or any other than is considered a normal reaction to people and events.

The Schizotypal Personality is often described by others as strange acting and/or thinking.  They have eccentric ideas about the world, may be highly superstitious, and talk frequently about their beliefs.  They often spend a great deal of effort on activities related to magical thinking, clairvoyance, telepathy, or ESP.  They also speak in a metaphorical tone, often coming across as confusing and overly abstract.  They often lack close friends and suffer from social anxieties.  Their presentation is seen as odd, as they often dress in a peculiar manner and come across as suspicious and lacking in emotional expression.

Antisocial Personality Disorder is perhaps one of the most recognized and identified in modern literature and entertainment.  It has been called Sociopathic Personality and Psychopathic personality in previous versions of the DSM.  It refers to a pattern of disregard for the rights of others, including the violation of these rights and the failure to feel empathy for victims.  They may be impulsive and act on their anger of misperceived injustice they project onto others.  Some research suggests that there is a large percentage of individuals currently incarcerated with this disorder, as their actions and views of the world very frequently get them into trouble with the law.

This is another disorder that has received some attention in the entertainment arena.  It includes a pattern of instability in personal relationships, including frequent bouts of clinginess and affection and anger and resentment, often cycling between these two extremes at a rapid pace.  They fear abandonment and this fear will often result in anger and aggressive behavior or acts that are used to ‘make’ others love them or stay with them.  These acts include psuedo-suicidal behavior, self-mutilating behavior such as cutting, and instability of mood.

Histrionic Personality Disorder is seen as a pattern of excessive emotional behavior and attention seeking approaches with others.  They are often uncomfortable if they are not the center of attention and may use physical appearance, such as a provocative manner of dress, or explicit sexuality as a means to gain this attention.  They often see relationships as more intimate than they really are and are seen as moving very quickly once they become involved with someone (e.g., they may see a person they just met as their best friend or a person they dated once or twice as their future spouse).

This disorder is recognized by a pattern of grandiosity, exaggerated self-worth, and need for admiration from others.  They are often preoccupied by fantasies of power, success, beauty, or intelligence.  They often require excessive attention and admiration as well as demonstrating a sense of entitlement.  They may be seen as envious of others, angry, and exploitative.

Avoidant Personality Disorder is seen as a pattern of self-perceived social inadequacies, low self-esteem, and hypersensitivity to criticism.  They avoid activities that involve interaction with others because of these feelings and will avoid any risk taking, even minimal, out of fear of embarrassment of humiliation.

Those with this disorder are often seen as helpless and fearful.  They need excessive reassurance from others and will be indecisive without this assurance.  They will often go along with the group without expressing any opposing opinion because they lack faith in their decision making process and feel their own beliefs are not as important as the beliefs of others.  They fear that they will be left alone and will therefore not be able to take care of themselves.  This fear can result in desperate and excessive attempts to obtain nurturance and support.

Like the disorder that shares its name, Obsessive Compulsive Personality Disorder is seen by a pattern of obsessive cleanliness, perfection, and control.  These individuals are often preoccupied with details, rules, and other forms of straightforward indisputable approaches to interacting with the world.  They are often inflexible in their ideas, difficult to work with unless others follow their guidelines, and may be considered overly conscientious and devoted to specific activities (such as work or friendships).  While the disorder known as OCD has a similar name, that disorder is more concerned with a more specific pattern of obsessions (e.g., germs) and compulsions (e.g., hand washing).  The personality disorder is more focused on an overall pattern of perfectionism and control.