The Search for Self-Understanding 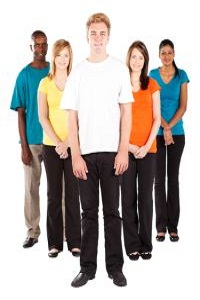 All of the personality theories discussed in this text have one thing in common: They are all designed to explain who we are in man’s quest for improved self-understanding.  Many focus on the why of personality, such as Freud’s idea of psychosexual stages or Erikson’s crises that continue in different forms throughout our lives.  Others focus more on the what, looking only at our present such as the research of trait theorists such as Cattell or Murray.  Still others are more concerned about the who, or the internal state of who we can become.  Maslow and Roger’s are prime examples of this, arguing that the past is of least important and only the present and future can be changed.

In many ways, the individual theories have begun to merge together, however, and while each still holds a basic belief about personality, the specifics of each theory have alternative explanations.  While Freud may state that unconscious wishes are driving our behavior, Skinner and others would argue that previous reinforcement, even if not immediately focused on are the driving force.  Cognitivists argue that the conscious is the most important, but don’t discount completely the idea of an unconscious awareness.  And Humanists, while they don’t address the unconscious directly, do believe that we are sometimes driven by forces that are not accurate in the real world.

So what does all of this mean?  It means that even though theorist’s original ideas may be set in stone, interpretation, alteration, and manipulation of these theories will continue for a long time.  As students, we can read the specific explanations of personality, but it is up to each of us individually to interpret these ideas, throw out what does not make sense, and hold on to the parts that seem to fit.  In that sense, each of us may have a slightly different view of how personality develops, how it should be assessed, and how we can use our beliefs to change personality.

As we look back at the timeline of personality theory, we also begin to see some trends in how theorists explained personality and how society sees the world as a whole.  In the beginning, biology was the predominant source of understanding.  Most early theorists were trained in medicine and the physical sciences and personality was seen from a very biological perspective.  Freud seemed to break this trend, providing us with a more psychological view of human nature, perhaps explaining why he is often considered the father of modern psychology.  Soon after came the behaviorist’s viewpoint, arguing that personality was more under our control, at least the control that others have over us through reinforcement and conditioning.

The humanistic approach arose during time of war and protests in the United States.  While people were dealing with their own beliefs about the goodness of man, Maslow and Rogers presented their own theory on the innate good in all of us.  It was a positive approach allowing us to forget the past and move toward a brighter tomorrow.  Humanism began to fade in the 1980’s, perhaps more so because it was incorporated into other theories than its inherent flaws.  It is widely agreed today that unconditional positive regard, a focus on the positive in individuals, and the establishment of a positive relationship are highly correlated with a positive therapeutic outcome.

Finally, with the growing trend toward individualism in the U.S., and the belief that we are able to control our own destiny, Cognitivism grew to be a central theme in psychological theory.  Kelly, Ellis, and Beck paved the way for understanding how our own perceptions of the world are more important for us individually than the reality of the world.  By changing our perceptions, we can see the world, and therefore our place within it, in a completely different manner.

If you follow the news, watch television, or sit through any commercials today, you will notice another change taking place within psychology.  This growing trend of today seems to be reverting back to biological theory.  As more medications are developed and more advanced technologies allow us to do more detailed research on the brain, we are seeing psychology once again from a biological perspective.  People are looking for that quick fix and all else being equal, quicker is always better.  Why put up with the withdrawal symptoms when we can take a pill or use a patch to help us quit smoking?  Why go through months of therapy when a single pill a day can keep the blues away?  Even situational disorders such as PTSD and Social Phobia are now being treated with a biological approach.

Like any trend and any theory, there are both positive and negative aspects.  A positive of this may be the ability to feel better quicker.  It may also be seen as a positive since we can now blame genetics rather than our own thoughts or behaviors on those depressive thoughts, anxious behaviors, or sleepless nights.  If taking a pill can fix us, why not follow the trend?

The negative side of this is becoming more evident every day.  We have found that many side effects exist with medication.  We have also found that sometimes non-biological treatments actually work better and do not carry the same side-effects.  Some questions that are being looked at in terms of today’s trends include: Why do some people respond to medication while others do not?  How can we determine when medication is being used when it is not really necessary?  Are we over-medicating or seeking out a biological explanation where none exist?

As we look at these issues, you will likely find, as you have seen throughout this text, that no single theory can explain every aspect of the complexities of human personality.  It is likely that biology plays an important role in much of who we are, and most psychologists agree with this idea.  It is also likely that biological approaches will work best for treating specific personality or mental health issues.  Now that the trend has come full circle, it is up to us as students of psychology to try to make sense of what we know.  This is an ideal time in psychology and the study of personality to begin the process of integration.  By looking at what we know, merging what works and minimizing what doesn’t, we can form new hybrid theories in our everlasting search for self-understanding.