I Think therefore I have a Personality

If you believe the saying ‘Perception is everything,’ then you may well be a cognitivist.  Cognitive theory is focused on the individual’s thoughts as the determinate of his or her emotions and behaviors and therefore personality.  Many cognitive theorists believe that without these thought processes, we could have no emotions and no behavior and would therefore not function.  In other words, thoughts always come before any feeling and before any action. 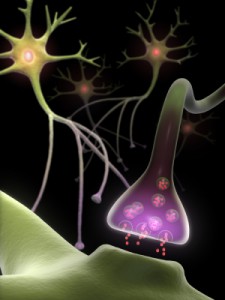 Biological theory was popular for thousands of years, second only to mythology in explaining personality.  In the early 1900’s, Psychoanalysis gained in both popularity and criticism.  By the 50’s, Behavioral thought ruled contemporary psychology, ousted by the growing interest in Humanistic thought in the 60’s and 70’s.  Knowing this, you could say that Cognitive theory became king in the 80’s and 90’s.  Many self-help books have been written from the cognitive perspective, each telling us various ways to change the way we think about ourselves and the world.

By changing our thoughts, they wrote, we can change our mood, decrease our anxiety, or improve our relationships.  We can quit smoking, make more friends, and enjoy our jobs more.  The basic premise: If we perceive the glass as half full rather than half empty, the world will look much brighter; In a brighter world, we are happier individuals.