Cognitive Theory, or How to Change Your Mind

As you read, the basic premise behind cognitive theory is the idea that the way we think about or perceive ourselves and others, determines how we respond to the world with our emotions and behaviors.  The goal of any treatment would have to include changing the way a person thinks about himself and/or the world. 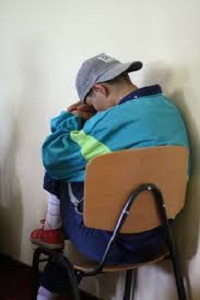 Many Cognitivists have applied cognitive theory to treatment, most notably Aaron Beck and Albert Ellis.  Beck developed several assessment techniques such as the Beck Depression Inventory (BDI) and the Beck Anxiety Inventory (BAI) which are both very popular quick assessments of an individual’s functioning.

Beck, Ellis, and others see the application of cognitive theory as key in overcoming many negative aspects of personality.  They believe that cognitions always precede behavior and emotion and therefore changing our thoughts will lead to a change in the other two.  Research has provided a good deal of support for this idea, especially concerning depressive disorders, anxiety related disorders, anger, and interpersonal or relational difficulties.  Some research even suggests that cognitive treatment, especially when combined with some behavioral aspects such as relaxation (often called cognitive-behavioral treatment) provides better and more long-lasting results than medication in the treatment of depression.

Like all theories, the cognitive perspective is not free from criticism.  First, behaviorists see this theory as weak due to the abstract nature of thoughts and the difficulty in defining them.  What may be seen as self-critical by one researcher may look like a rational remark by another.  Second, there is no agreed upon definition or application of the theory.  It is seen as fairly new and while it receives a great deal of research, the underlying theory of personality development is weak at best.  So while it may have very positive outcomes in treatment, it does not provide a solid understanding of development.  For the neo-Freudian, this might mean that cognitive therapy is only a temporary approach and does not address the real reason behind a personality issue.