The Beginning of Cognitivism

George Kelly was perhaps the first cognitive theorist.  His writings describe in detail his criticisms of the previously popular personality theories.  He wrote that Freud’s theory was not only unbelievable but went as far as to call it ‘nonsense.’  He referred to behavioral theory as a bunch of confusing arrows, R’s and S’s. 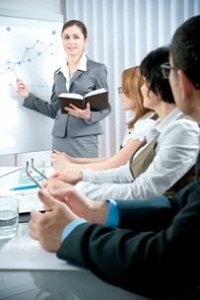 In contrast to these theories, Kelly saw individual differences as a result of how we interpret and predict the events that affect us.  He called these personal constructs, referring to our individual way of gathering information from the world and developing hypotheses based on these interpretations.  Much like the scientist who develops hypotheses and then performs tests to determine the efficacy of the initial thought, so to do individuals develop ideas about relationships and test their ideas.  Based on our results, right or not, we develop a way of interacting with the world.  This way of interacting is our personality.

The main idea behind Kelly’s theory is called the Fundamental Postulate, which states that “a person’s process are psychologically channelized [sic] by the ways in which he anticipates events” (Kelly, 1995, p.46).  In other words, we act in a manner congruent with how we expect the world to be based on our interpretations of past events.  If we see people as friendly and helpful we are much more likely to engage others and seek advice.  If we see people as selfish and cruel, it would only be logical to avoid interpersonal relationships and rely solely on our own abilities.

Underlying the Fundamental Postulate of Kelly’s theory are eleven Corollaries which together explain how we interpret information, why we often see the world differently, and how we influence the perceptions of others.  His theory, written in a very organized fashion almost resembling an outline or table of contents.  This is even more in direct conflict with prolific writings of Freud and his followers and even the flow charts of Watson and Skinner.  This is seen as both a benefit and a flaw, since this outline type theory is criticized as being confusing and overly simplistic.