Sigmund Freud’s life may be a classic example of psychoanalytic theory.  Or, perhaps, psychoanalytic theory is a classic metaphor for Sigmund Freud’s life.   Growing up in Vienna, he was trained as a physician, completed medical school and hoped to make a name for himself in the medical profession.  His attempts to do this were not forthcoming and after receiving a grant to study hypnosis in Paris, Freud changed his focus from the medical model of diagnosis and treatment to that of a psychological nature. 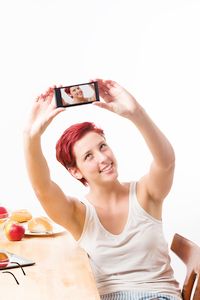 He is important as the first major theorist to write exclusively about non-biological approaches to both understanding and treating certain illnesses.  These illnesses, specifically what was then called hysteria, were considered medical in his time, but were reshaped through his theories.

Although Freud’s father had several children from a previous marriage, he was the first child of his mother.  As such, it is reported that he was her favorite.  He was given special attention and was the only of her children to have his own room and a reading lamp for studying at night.  Their relationship was very close although his relationship with his father was described as cold and perhaps even hostile.

After completing his hypnosis grant, he published his first book The Interpretation of Dreams, and although it originally sold only 600 copies, it has become one of the most respected and most controversial books on personality theory.  In this book, he described his views of the human psyche, introducing the concept of the unconscious to the medical world.  In a world of biological theorists, this concept was not accepted by many of his colleagues.

Over the next 30 plus years, he continued to develop the theories discussed later in this chapter.  He and his wife, Martha, had six children and it appears he treated his youngest daughter, Anna, much the same way his mother treated him.  Anna later followed in her father’s psychoanalytic footsteps and became a well known personality theorist, taking over Freud’s psychoanalytical movement.

As you progress through his theories, keep in mind the time frame and location of Freud’s life.  Look at the relationship he had with his mother and father and you will see many aspects of his theories at play.  The question remains, did Freud base the theories on his own life or has his insight into his own life allowed him to uncover the unconscious drives in all of us.  Whatever your answer, Freud’s theories are alive and well in the realm of personality development.