Sigmund Freud (1856-1939) is probably the most well known theorist when it comes to the development of personality. Freud’s Stages of Psychosexual Development are, like other stage theories, completed in a predetermined sequence and can result in either successful completion or a healthy personality or can result in failure, leading to an unhealthy personality. This theory is probably the most well known as well as the most controversial, as Freud believed that we develop through stages based upon a particular erogenous zone. During each stage, an unsuccessful completion means that a child becomes fixated on that particular erogenous zone and either over– or under-indulges once he or she becomes an adult. 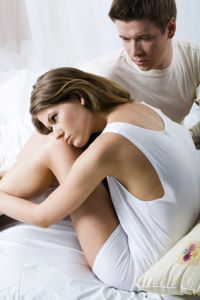 During the oral stage, the child if focused on oral pleasures (sucking). Too much or too little gratification can result in an Oral Fixation or Oral Personality which is evidenced by a preoccupation with oral activities. This type of personality may have a stronger tendency to smoke, drink alcohol, over eat, or bite his or her nails. Personality wise, these individuals may become overly dependent upon others, gullible, and perpetual followers. On the other hand, they may also fight these urges and develop pessimism and aggression toward others.

The pleasure zone switches to the genitals. Freud believed that during this stage boy develop unconscious sexual desires for their mother. Because of this, he becomes rivals with his father and sees him as competition for the mother’s affection. During this time, boys also develop a fear that their father will punish them for these feelings, such as by castrating them. This group of feelings is known as Oedipus Complex ( after the Greek Mythology figure who accidentally killed his father and married his mother).

Later it was added that girls go through a similar situation, developing unconscious sexual attraction to their father. Although Freud Strongly disagreed with this, it has been termed the Electra Complex by more recent psychoanalysts.

According to Freud, out of fear of castration and due to the strong competition of his father, boys eventually decide to identify with him rather than fight him. By identifying with his father, the boy develops masculine characteristics and identifies himself as a male, and represses his sexual feelings toward his mother. A fixation at this stage could result in sexual deviancies (both overindulging and avoidance) and weak or confused sexual identity according to psychoanalysts.

It’s during this stage that sexual urges remain repressed and children interact and play mostly with same sex peers.

The final stage of psychosexual development begins at the start of puberty when sexual urges are once again awakened. Through the lessons learned during the previous stages, adolescents direct their sexual urges onto opposite sex peers, with the primary focus of pleasure is the genitals.