Humanistic Theory: Against the Basics of Science

Humanistic theory is not one that was easily researched in the beginning.  First of all, there are few tests that a humanists would use due to their main belief that people are basically good and the focus of treatment should be on the positive rather than the negative.  Secondly, by using assessment you are basically telling the client that you know more than the client does about his or her own thoughts, behaviors, and emotions.  This in itself would be a contradiction of humanistic belief. 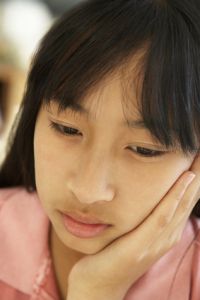 So, many theorists, especially those prescribing to the behavioral viewpoint, discounted humanistic theory due to its reduced capacity for research.  But like psychoanalysis, it was not impossible to gather important data on the efficacy of the theory’s application.  In fact, like psychoanalysis, new tests had to be developed that emphasized the specific theory and what the theory was designed to do.  For psychoanalysis it was tests such as the Rorschach and TAT.  For humanistic theory, we talk about the Q-Sort.

The Q-Sort assessment was developed by Stephenson (1953) and it was quickly adopted into Client Centered Therapy by Carl Rogers.  The Q-Sort consists of a deck of 100 cards, each containing a fairly specific quality within an individual’s personality.  Examples would be “very outgoing and social,” “organized and detail oriented,” or “high self-esteem.”  The goal of the assessment is to determine where a person is at relative to these qualities at the beginning of treatment and then to re-assess at various intervals and at the end to determine progress.

The client is instructed to read each of the cards and to place them on a nine-point continuum ranging from “very much not like me” to “very much like me.”  On the initial sort, they are asked to place them according to how they are at that very moment; their true self.  There is a preset limit as to how many cards can be placed at each point representing a normal curve.  In other words, the client is permitted to place the most cards in the middle and less on each point as they get closer to the extremes.

Once all of the cards are placed, they are recorded and the cards are once again shuffled.  At this point, the client is asked to redistribute the cards on the same nine-point continuum.  This time, however, they are to do so according to their ideal self, or where they want to be once therapy is complete.  These two sorts allow the client and the therapist to know where the client is at in the present and what direction the client would like to take in treatment.  And, since the therapist has no say in where the cards are placed, distortions, exaggerations, and misperceptions about the self get factored into treatment.  In other words, as treatment progresses, some positive qualities may actually move backward as they discover their real self.

According to Rogers and others, the healthy person is one who’s idea self and true self are very similar.  The closer one gets to the person he or she wants to be, the more self-actualized they become.  A truly self-actualized person is one who knows himself completely and accepts himself for all his strengths and weaknesses.  As the ideal and true self get closer and closer together, he or she climbs closer and closer to the top of Maslow’s hierarchy.

Strengths and Weaknesses of Humanistic Theory

Strengths of Humanistic Theory.  Like every theory, some people find the humanistic approach to be valid while others see it for the numerous inherent flaws.  Some of the strengths of this theory include the focus on both the positive nature of humankind and the free will associated with change.  Unlike Freud’s theory and the biological approach, which focus on determinism or our lack of power over ourselves, Maslow and others see the individual as very powerful.

A second positive aspect of humanistic theory is the ease in which many of its aspects fit well with other approaches.  Many therapists have adopted a humanistic undertone in their work with clients.  While they may argue humanistic theory does not go far enough, they see the benefit of the core components in helping people change.

Finally, most have seen the benefits of humanism carries over into different professions.  If you take a health class, you are likely to discuss Maslow’s hierarchy.  If you study economic or business, you will also focus on moving upward in our lives in order to be more aware of who we are and where we fit in with the world.  The same holds true with other professions, including literature, criminology, and history, among others, as the basics of humanistic thought strike an undertone in all of what is considered human.

Weaknesses of Humanistic Theory.  With the good, always comes the bad, and this theory is no different.  The biggest criticism of humanistic thought appears to center around it’s lack of concrete treatment approaches aimed at specific issues.  With the basic concept behind the theory being free will, it is difficult to both develop a treatment technique and study the effectiveness of this technique.

Secondly, there are those who believe humanistic theory falls short in it’s ability to help those with more sever personality or mental health pathology.  While it may show positive benefits for a minor issue, using the approach of Roger’s to treat schizophrenia would seem ludicrous.

Finally, humanistic theory makes some generalizations about human nature that are not widely accepted as complete.  Are people basically good or are their some individuals who are not capable of this?  Can we adequately argue that everyone follows the same levels as Maslow explained, or are these levels, and even what they stand for, be determined by the individual?  Why do some people seem to make negative choices even when positive solutions are staring them in the face?  These questions plague humanistic thought and the difficulty in researching the theory does not provide any freedom.

Despite these problems, humanistic theory has been incorporated into many differing views on psychotherapy and human change.  Many argue now that a humanistic undertone in treatment provides a nice foundation for change.  While it may not be sufficient, it may still be necessary for a significant personality change to occur.