While Maslow was more of a theorist, Carl Rogers was more of a therapist.  His professional goal was more on helping people change and improve their lives.  He was a true follower of humanistic ideation and is often considered the person who gave psychotherapy it’s basic humanistic undertones. 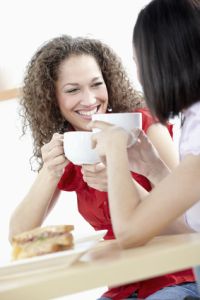 Rogers believed in several key concepts that he believed must be present in order for healthy change to take place.  His approach to treatment is called Client or Person-Centered-Therapy because it sees the individual, rather than the therapist or the treatment process as the center of effective change.  These basic concepts include:

The therapist must believe that people are basically good and must demonstrate this belief to the client. Without unconditional positive regard, the client will not disclose certain information, could feel unworthy, and may hold onto negative aspects of the self.  Accepting the client as innately worthwhile does not mean accepting all actions the client may exhibit.

Along with seeing the person as worthy, the therapist should never pass judgment on the individual.  Roger’s believed that people are competent in seeing their mistakes and knowing what needs to change even if they may not initially admit it.  He also believed that by judging a person, you are more likely to prevent disclosure.

Disclosure refers to the sharing of personal information.  Unlike Psychoanalysis and many other approaches to therapy, Roger’s believed that in order for the client to disclose, the therapist must do the same.  Research has shown that we share information at about the same level as the other person.  Therefore, remaining secretive as a therapist, encourages the client to hold back important information.

Rogers believed that the key to understanding the self was not interpretation, but rather reflection.  By reflecting a person’s words in a different manner, you can accomplish two things.  First, it shows the client that you are paying attention, thinking about what he or she is saying, and also understanding the underlying thoughts and feelings.  Second, it allows the client to hear their own thoughts in a different way.  Many people have said that their beliefs become more real once they are presented back to them by someone else.

By following these concepts, therapy becomes a self-exploration where the therapist is the guide rather than the director.  The client, according to Rogers, has the answers and the direction.  It is the therapist’s job to help them find it.

The fictitious therapy session below shows how a typical Rogerian session might go.  Notice that the therapist never provides answers or interpretation and never assumes he knows more than the client.  Assuming this is a first session, the therapist would likely start by revealing some information about himself.  He may discuss his education, therapeutic philosophy and other professional aspects, but may also talk about his family, how his day is going, and his goals for the future.

Therapist: I’m very curious about what’s going on with you.  What do you see as your reason for your coming in to talk with me today?

Client: Well, I see myself as a loser.  I can’t seem to accomplish anything and my husband says he wants a divorce because I just sit around all day doing nothing.  I just don’t see any way out of this whole mess.

Therapist: That’s a lot to deal with, it sounds like you are quite overwhelmed right now.

Client: Exactly.  Sometimes I hate myself because of it and other times I think its his fault that I can’t get anything done.

Client: I go from angry to sad and back again many times a day.  I just can’t take it any more.

Therapist: Extreme emotions are difficult to deal with.  I know when I get angry I seem to like myself less.

Client: Oh yeah, I can relate to that.

Therapist: What solutions have you come up with, even if you don’t think they’ll work.  I’m curious where you are right now as we speak.

Client: I could divorce him, but if the problem is all me, I’ll probably be even more depressed.  I could take medication, but I heard that just covers up emotions.  I guess I could sit down and talk with him about it more, but he doesn’t seem to really listen to me.  I don’t know what to do.

Therapist: It sounds to me like you do know what to do.  At least you have some ideas on where to start.

Client: I guess, but how would I make him listen to me?

Therapist: You want to force him to listen to you?

Client: No, not force, I want him to want to listen to me.

Therapist: And for him to want to listen to you, you would do what?

Client: Maybe listen more to him.

Therapist: So you’re thinking that by listening to his side of things, he would be more likely to listen to your side?

Client: Yeah, maybe.  It’s worth a shot, don’t you think?

Therapist: You know yourself and your husband much better than I do.

Client: You’re right.  I think this will help me figure out where the blame really lies.  I imagine its with both of us.

Therapist: So if you both accept some changes and make and effort…

Client: Then we both will feel better.  I guess someone has to start it, it might as well be me.

Client: Yeah, I know what I’m going to do.