The Role of Expectancy

While the power of behaviorism gained a great deal of attention and productive research, it began to look as though classical and operant conditioning did not go far enough in explaining the behavior of humans.  Researchers began to question the idea that only external reinforcers play a role in the actions an individual performs.  They began to look at the internal aspects such as attitudes, beliefs, and thoughts. 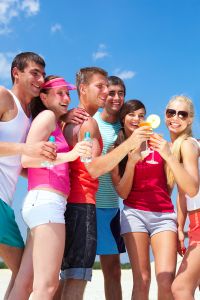 This new way of approaching a very successful theory marked a transition away from strict behaviorism and toward a concept known as social learning theory.  As this occurred, researchers began to recognize the fact that people sometimes exhibit a behavior without any external reward or reinforcement.  The idea, then, was that perhaps internal thoughts could be rewarded just as external behaviors.

Julian Rotter is perhaps the most well known theorist to challenge strict behaviorism from within the same camp.  He believed that humans are more complex than lower animals and that pure behaviorism does not go far enough in explaining the complex behaviors of humans.

According to Rotter, people engage in behaviors not merely for the reward but because of what he called Behavior Potential.  He defined this in terms of both an expectancy to be rewarded and the value of the potential reward.  In other words, the potential for a person to act in a certain manner is determined by both how much he expects to be rewarded for that behavior and how much the reward is worth to him.

For a behavior to occur, according to Rotter, both of these must exist.  If a person believes he can do very well at a specific task and therefore receive the reward but sees the reward as useless, he is much less likely to perform.  For example, Playing the lottery has a very low expectancy of reward for most people.  However, the value of the reward is so high that people will engage in this behavior.

For new situations, traditional behaviorism states that we engage in a type of trial and error learning.  In other words, we try different behavior until we find one that is reinforcing.  Rotter believed our behavior in novel situation was not this random.  He argued that we will often apply what we know about the expectancy and value of rewards from similar situations.  If we know we enjoy baseball, we may be more likely to engage in a neighborhood softball game even though we’ve never played the game before.