Dissention in the Ranks

While Sigmund Freud is considered the father of psychoanalysis, and by many, the father of modern personality theory, he was also very strict and stubborn about his beliefs.  As a respected scholar, he developed a following of well known theorists and psychologists in his psychoanalytic society.  But as theories were discussed, questioned, and revamped, many found themselves at odds with the father in their views for the society and the theories. 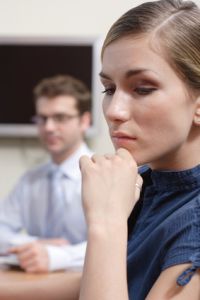 As these members began to break from the Freudian camp, many new theories emerged that have become well received in their own right.  These new theories, however, hold many of the same underlying beliefs of psychoanalysis, most importantly the view of the unconscious as an important drive in human emotions, cognitions, and behaviors.  The idea of defense mechanisms related to the unconscious have also been maintained in many of these new theories as well as the importance of early development of the formation of the personality.

As such, these new theories, arising from psychoanalytic thought and the writings of Freud, still maintain many Freudian components.  The term Neo-Freudian or Psychodynamic have both been used to describe those who left the psychoanalytic society and formed their own schools of thought.

In this chapter we will discuss some of the more important neo-Freudian theorists and theories.  Like Freud, you will likely see marked similarities between the theory and the life of the theorist.  It is important to ask yourself if this resemblance is a mere bias or an ingenious insight.