Erich Fromm was born in Germany in 1900.  He grew up a Jew in a country full of anti-Semitism.  He witnessed World War I when he was an early teen and the rise of the Nazi party fifteen years later.  His interest in war and politics grew from these experiences and much of his theories were derived as a result of his desire to understand why individuals followed leaders into acts of destruction. 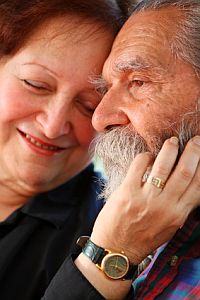 His initial book, and likely his most influential work, was called Escape From Freedom, published near the beginning of World War II.  In it he described freedom as the greatest problem for most individuals.  With freedom, according to Fromm, comes an overwhelming sense of aloneness and an inability to exert individual power.  He argued that we use several different techniques to alleviate the anxiety associated with our perception of freedom, including automaton, conformity, authoritarianism, destructiveness, and individuation.

The most common of these is automaton conformity.  Fromm argued that with the anxiety associated with our inability to express power and our fear of aloneness, we conform ourselves to a larger society.  By acting like everyone else, holding the same values, purchasing the same products, and believing in the same morals, we gain a sense of power.  This power of the masses assists us in not feeling alone and helpless.  Unfortunately, according to Fromm, it also removes our individuality and prevents us from truly being ourselves.

Authoritarianism is a technique that others use to ward off the anxiety.  Following an entity outside of the self and perceived greater than the self is the main feature of authoritarianism.  As the individual feels alone and powerless, he gains strength from the belief that there is a greater power beyond himself.  This entity could be a religious figure, a political leader, or social belief.  By giving up power to the powerful, we become the powerful and no longer feel alone.  In this sense authoritarianism is two sided or what Fromm describes as sadism/masochism, where we submit to our leader (such as Adolph Hitler) and demand power over our perceived enemies (Jews).

Others use the technique Fromm called destructiveness, which refers to an attempt to destroy those we perceive as having the power.  Because of our desire for power, we may feel that this finite resource must be taken from those who possess it.  There are many ways to attempt this destruction, including the alignment with hate groups, religious extremism, or even patriotism.  While our actions are often antisocial, cruel, and misguided, we rationalize them by claiming a sense of duty, a god given order, or the love of country.

Fromm believed that all three of these techniques used to overcome our anxiety associated with freedom are unhealthy.  The only healthy technique is to embrace this freedom and express our true selves rather than what we perceive as giving us power.  He argued that true power comes from individuality and freedom and doing what you want to do rather than what you are suppose to do is the only way to achieve individuation; the ability to be yourself and embrace the power associated with true freedom.