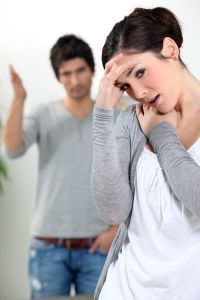 She also disagreed with Freud’s belief that males and females were born with inherent differences in their personality.  Rather than citing biological differences, she argued for a societal and cultural explanation.  In her view, men and women were equal outside of the cultural restrictions often placed on being female.  These views, while not well accepted at the time, were used years after her death to help promote gender equality.

She identified three ways of dealing with the world that are formed by an upbringing in a neurotic family: Moving Toward People, Moving Against People, and Moving Away From People.

Some children who feel a great deal of anxiety and helplessness move toward people in order to seek help and acceptance.  They are striving to feel worthy and can believe the only way to gain this is through the acceptance of others.  These people have an intense need to be liked, involved, important, and appreciated.  So much so, that they will often fall in love quickly or feel an artificial but very strong attachment to people they may not know well.  Their attempts to make that person love them creates a clinginess and neediness that much more often than not results in the other person leaving the relationship.

Moving Away From People

The final possible consequence of a neurotic household is a personality style filled with asocial behavior and an almost indifference to others.  If they don’t get involved with others, they can’t be hurt by them.  While it protects them from emotional pain of relationships, it also keeps away all positive aspects of relationships.  It leaves them feeling alone and empty.