Carl Jung’s break from Freud’s Psychoanalytic Society was perhaps the most disappointing for Freud.  When they met it is reported that they spent over 12 hours discussing psychoanalytic theory, and soon after, Jung became the logical successor to the society.  Although he served as the society’s first president, he resigned from the organization in 1914 after intense disagreements with his mentor. 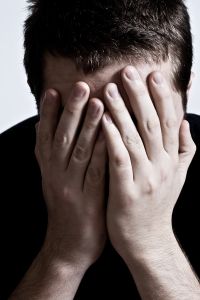 The main disagreement he had with Freud was his belief that there was more to the unconscious than Freud theorized.  Jung believed that there were fears, behaviors, and thoughts  that children and adults exhibit that are remarkably similar across time and culture.  He believed that this was more than coincidence and represented what he called the collective unconscious.

His newly formed school of thought, Analytic Psychology, theorized about how this collective unconscious influences personality.  He argued that it was made up of what he termed archetypes which are primordial images inherited from our ancestors.  As support for such a theory, he spoke of the immediate attachment infants have for their mother, the inevitable fear of the dark seen in young children, and how images such as the sun, moon, wise old man, angels, and evil all seem to be predominate themes throughout history.

In his view, infants are drawn to their mother because of the unconscious image of mother that is alive in all of us and that we fear the dark because of the unconscious image of darkness.  Although he described many archetypes in his writings, there are a few that have received a lot of attention and thought.  These include the animus/anima, the shadow, and the self.

The animus is the masculine side of the female and the anima is the feminine side of the male.  This expands on Freud’s writings that we are all born bisexual and develop normal sexual attraction through our psychosexual development.  According to Jung, we all have an unconscious opposite gender hidden within us and the role of this archetype is to guide us toward the perfect mate.  In other words, we project our animus/anima onto others as they project theirs onto us.  When a match is made, we have found a suitable partner.

Finally, the self archetype is the unifying part of all of us that finds balance in our lives.  Working with the ego (which is partly in our personal unconscious), it helps us manage the other archetypes and helps us feel complete.

While his writings are poetic at times and nearly impossible to follow at others, the remarkable way his theories blend with myths, folklore, and legends has kept his theories alive.  Are his archetypes nothing more than naturally born instincts or are they an unconscious representation of our long dead ancestors?  Many argue that Jung has pieced together an important, and previously missing, explanation of these personality aspects that we all share.