Sam I am, good or bad

Harry Stack-Sullivan was trained in psychoanalysis in the United States, but soon drifted from the specific psychoanalytic beliefs while retaining much of the core concepts of Freud.  Interestingly, Sullivan placed a lot of focus on both the social aspects of personality and cognitive representations.  This moved him away from Freud’s psychosexual development and toward a more eclectic approach. 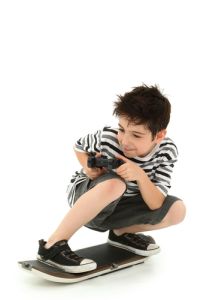 Freud believed that anxiety was an important aspect in his theory because it represented internal conflict between the id and the superego.  Sullivan, however, saw anxiety as existing only as a result of social interactions.  He described techniques, much like defense mechanisms, that provide tools for people to use in order to reduce social anxiety.  Selective Inattention is one such mechanism.

According to Sullivan, mothers show their anxiety about child rearing to their children through various means.  The child, having no way to deal with this, feels the anxiety himself.  Selective inattention is soon learned, and the child begins to ignore or reject the anxiety or any interaction that could produce these uncomfortable feelings.  As adults, we use this technique to focus our minds away from stressful situations.

Through social interactions and our selective attention or inattention, we develop what Sullivan called Personifications of ourselves and others.  While defenses can often help reduce anxiety, they can also lead to a misperception of reality.  Again, he shifts his focus away from Freud and more toward a cognitive approach to understanding personality.

These personifications are mental images that allow us to better understand ourselves and the world.  There are three basic ways we see ourselves that Sullivan called the bad-me, the good-me and the not-me.  The bad me represents those aspects of the self that are considered negative and are therefore hidden from others and possibly even the self.  The anxiety that we feel is often a result of recognition of the bad part of ourselves, such as when we recall an embarrassing moment or experience guilt from a past action.

The good me is everything we like about ourselves.  It represents the part of us we share with others and that we often choose to focus on because it produces no anxiety.  The final part of us, called the not-me, represents all those things that are so anxiety provoking that we can not even consider them a part of us.  Doing so would definitely create anxiety which we spend our lives trying to avoid.  The not-me is kept out of awareness by pushing it deep into the unconscious.

Another similarity between Sullivan’s theory and that of Freud’s is the belief that childhood experiences determine, to a large degree, the adult personality.  And, throughout our childhood, the mother plays the most significant role.  Unlike Freud, however, he also believed that personality can develop past adolescence and even well into adulthood.  He called the stages in his developmental theory Epochs.  He believed that we pass through these stages in a particular order but the timing of such is dictated by our social environment.  Much of the focus in Sullivan’s theory revolved around the conflicts of adolescence.  As you can see from the chart below, three stages were devoted to this period of development and much of the problems of adulthood, according to Sullivan, arise from the turmoil of our adolescence.

From birth to about age one, the child begins the process of developing, but Sullivan did not emphasize the younger years to near the importance as Freud.

The development of speech and improved communication is key in this stage of development.

During this stage, the child’s ability to form a close relationship with a peer is the major focus.  This relationship will later assist the child in feeling worthy and likable.  Without this ability, forming the intimate relationships in late adolescence and adulthood will be difficult.

The onset of puberty changes this need for friendship to a need for sexual expression.  Self worth will often become synonymous with sexual attractiveness and acceptance by opposite sex peers.

The need for friendship and need for sexual expression get combined during late adolescence.  In this stage a long term relationship becomes the primary focus.  Conflicts between parental control and self-expression are commonplace and the overuse of selective inattention in previous stages can result in a skewed perception of the self and the world.

The struggles of adulthood include financial security, career, and family.  With success during previous stages, especially those in the adolescent years, adult relationships and much needed socialization become more easy to attain.  Without a solid background, interpersonal conflicts that result in anxiety become more commonplace.