Gordon Allport was born in Indiana, the youngest of four boys.  As a child he felt different from others, both in his childhood play and his interests.  After high school followed his older brother Floyd through the same educational path.  They went to the same undergraduate program, both attended Harvard for graduate school, and both majored in psychology.  Floyd made a name for himself in social psychology, but Gordon felt like an outsider in this arena. 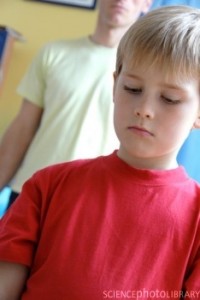 Gordon was interested in personality, and at the time, personality was not a formal sub-discipline of psychology and it certainly was not as fashionable as social psychology.  It is likely that Gordon followed his brother through school in an attempt to find himself.  He reported feeling different from others, including his older brother.  This feeling, however, might have helped him succeed in his chosen profession.

He completed his doctorate, began studying personality.  It is said that he was the first professor to teach a college level course on personality theory, a course that today is required by nearly all undergraduate psychology majors.

Prior to graduation, Allport secured a meeting with Sigmund Freud due to his writing on the unconscious and its effect on personality.  It was during this meeting, after being probed by Freud for unconscious motives, that Allport wrote that psychologists should give full recognition to manifest motives before delving into the unconscious.

Allport is considered a trait theorist as he believed that every person has a small number of specific traits that predominate in his or her personality.  He called these a person’s central traits.  While these central traits share in the make-up of personality, he also argued that occasionally one of them becomes an apparent dominant force.  He called this a person’s cardinal trait.

Both the central traits and the occasional cardinal trait are environmentally influenced.  As a child develops, specific behaviors and interactions become a part of the individual’s personality.  As the person grows, these traits become functionally autonomous.  In other words, they become so much a part of the person that they no longer require whatever it was that caused it to develop.