Raymond B. Cattell entered the field of psychology almost against his own better judgment.  After working in a hospital during World War I, he decided that understanding human behavior and interaction is the only way to get beyond the irrationality of the times.  While a graduate student at London University, he was hired as a research assistant to Charles Spearman, a mathematician studying the quantification of intelligence. 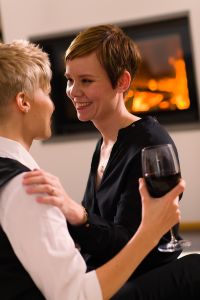 Spearman, a well known name in the field of intellectual assessment, developed a mathematical formula known as factor analysis.  This statistical technique allows one to take raw data and determine groupings of data.  In other words, if you and many others took a general test that had both math and English questions, a factor analysis would likely determine that there were two factors or groupings on this test.  Imagine the power of this technique for lesser understood concepts such as intelligence and personality.

By developing questionnaires and tests consisting of personality characteristics, and analyzing data from report cards of students, evaluations from employees, etc., Cattell applied this new statistical technique.  In 1949, he published his findings in an assessment device known as the 16PF.  According to Cattell’s research, human personality traits could be summarized by 16 personality factors (PF) or main traits.

He described these 16 traits on a continuum.  In other words, everybody has some degree of every trait, according to Cattell.  The key to assessment is determining where on the continuum an individual falls.  The 16 traits are shown in the chart below.

calm and stable versus high-strung and

compulsive and controlled versus indifferent

driven and tense versus relaxed and easy going

open and warmhearted versus aloof and critical