Henry Murray’s history is anything but a prerequisite for a career in psychology.  He earned his bachelor’s degree in history in 1915, a medical degree from Columbia in 1919 and then completed a doctorate in biochemistry from Cambridge nine years later.

His start in psychology occurred after reading Jung and eventually arranging a meeting with him.  During this meeting, Jung convinced Murray to study psychoanalysis, which he did at Harvard University.  After competing his training, Murray actually began teaching psychology and psychoanalytic theory at Harvard, and he remained there for the rest of his professional career. 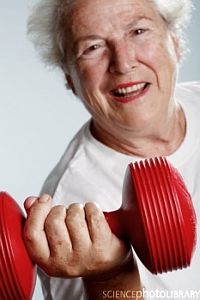 Although considered a trait theorist, Murray’s medical background, combined with his analytical training give a unique flair to his research and writing.  This is probably most evident in his development of the Thematic Apperception Test (TAT), a personality test designed to determine personality themes as well as unconscious motivation.

He was focused on basic needs in personality which he called psychogenic needs.  He believed these needs were largely at the unconscious level.  After researching this area, he narrowed these needs down to 27, although the list and names vary depending on the time frame and the author.

To surrender and accept punishment

To overcome obstacles and succeed

To make associations and friendships

To resist others and stand strong

To avoid blame and obey the rules

To build or create

To control and lead others

To avoid failure, shame, or to conceal a weakness

To protect the helpless

To arrange, organize, and be precise

To relieve tension, have fun, or relax

To gain approval and social status

To seek protection or sympathy

To analyze and experience, to seek knowledge

Murray contended that environmental forces played a significant role in the exhibition of the psychogenic needs.  He called the forces “press,” referring to the pressure they put on us that forces us to act.  He further argued for a difference between the real environmental forces, alpha press, and those that are merely perceived, beta press.

The 27 needs and the forces that press them have stood up to research.  Three of these, especially, have been the focus of study: the need for Power, Affiliation, and Achievement.

Three of Murray’s Psychogenic Needs have been the focus of considerable research: The Need for Power (nPow), Affiliation (nAff) and Achievement (nAch).

The need for Power refers to the desire or need to impact other people, to control or be in a position of influence.  Careers that involve these aspects are better suited for high nPow people, such as teachers, psychologists, journalists, and supervisors.  They don’t necessarily make the best leaders though.  Research has found that those with high nPow are more likely to rate an employee higher if that employee has a tendency to schmooz or flatter the subject where those with low or moderate nPow rate employees the same.  In this sense, those with high nPow would do well if they also had traits of self-control and objectivity.

The need for affiliation has a long history of research, and studies show that those with a high nAff often have a larger social circle.  They spend more time interacting with other such as talking on the phone and writing letters, and they are more likely to be members of social groups or clubs.  Those with high nAff are also more likely to get lonely than those low in nAff, so their need for affiliation may be related to their sense of self and their desire for external stimulation.

Those with a high need for achievement (nAch) demonstrate a consistent concern about meeting obligations and accomplishing tasks.  They are, however, more focused on internal motivation rather than external rewards.  For example, those high in nAch are more likely to value intelligence and personal achievement over recognition and praise.

There are also cultural and gender differences among these three needs.  For example, the United States is higher on ratings of nAch than other countries whose focus is more on relationships and nAff.  Men and women also demonstrate their needs in different manners.  Men with high nPow tend to be more risk takers and act out more readily while women tend to be more active in volunteer activities.

Combined with other personality aspects of traits, such as introversion/extroversion, the needs may also show themselves in very different manners.  Introverts may demonstrate their high nAff through small groups and intellectual pursuits, while extroverts evidence this same need through large gatherings and louder parties.  However they come out, these three needs have shown a consistent pattern in research, perhaps even more so related to humanistic theory than in trait theory itself.