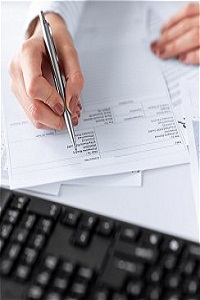 Variability refers to how spread apart the scores of the distribution are or how much the scores vary from each other.  There are four major measures of variability, including the range, interquartile range, variance, and standard deviation.  The range represents the difference between the highest and lowest score in a distribution.  It is rarely used because it considers only the two extreme scores.  The interquartile range, on the other hand, measures the difference between the outermost scores in only the middle fifty percent of the scores.  In other words, to determine the interquartile range, the score at the 25th percentile is subtracted from the score at the 75th percentile, representing the range of the middle 50 percent of scores.