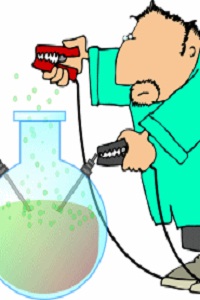 Pre-experimental designs are so named because they follow basic experimental steps but fail to include a control group.  In other words, a single group is often studied but no comparison between an equivalent non-treatment group is made.  Examples include the following:

A benefit of this design over the previously discussed design is the inclusion of a pretest to determine baseline scores.  To use this design in our study of college performance, we could compare college grades prior to gaining the work experience to the grades after completing a semester of work experience.  We can now at least state whether a change in the outcome or dependent variable has taken place.  What we cannot say is if this change would have occurred even without the application of the treatment or independent variable.  It is possible that mere maturation caused the change in grades and not the work experience itself.

This design attempts to make up for the lack of a control group but falls short in relation to showing if a change has occurred.  In the static group comparison study, two groups are chosen, one of which receives the treatment and the other does not.  A posttest score is then determined to measure the difference, after treatment, between the two groups.  As you can see, this study does not include any pre-testing and therefore any difference between the two groups prior to the study are unknown.