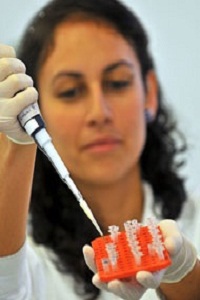 Quasi designs fair better than pre-experimental studies in that they employ a means to compare groups.  They fall short, however on one very important aspect of the experiment: randomization.

With this design, both a control group and an experimental group is compared, however, the groups are chosen and assigned out of convenience rather than through randomization.  This might be the method of choice for our study on work experience as it would be difficult to choose students in a college setting at random and place them in specific groups and classes.  We might ask students to participate in a one-semester work experience program.  We would then measure all of the students’ grades prior to the start of the program and then again after the program.  Those students who participated would be our treatment group; those who did not would be our control group.

Time series designs refer to the pretesting and posttesting of one group of subjects at different intervals.  The purpose might be to determine long term effect of treatment and therefore the number of pre- and posttests can vary from one each to many.  Sometimes there is an interruption between tests in order to assess the strength of treatment over an extended time period.  When such a design is employed, the posttest is referred to as follow-up.

This design is used when we want to compare two groups that are likely to be different even before the study begins.  In other words, if we want to see how a new treatment affects people with different psychological disorders, the disorders themselves would create two or more nonequivalent groups.  Once again, the number of pretests and posttests can vary from one each to many.

The obvious concern with all of the quasi-experimental designs results from the method of choosing subjects to participate in the experiment.  While we could compare grades and determine if there was a difference between the two groups before and after the study, we could not state that this difference is related to the work experience itself or some other confounding variable.  It is certainly possible that those who volunteered for the study were inherently different in terms of motivation from those who did not participate.  Whenever subjects are chosen for groups based on convenience rather than randomization, the reason for inclusion in the study itself confounds our results.