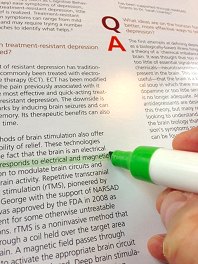 Research is the cornerstone of any science, including both the hard sciences such as chemistry or physics and the social (or soft) sciences such as psychology, management, or education.  It refers to the organized, structured, and purposeful attempt to gain knowledge about a suspected relationship.

Many argue that the structured attempt at gaining knowledge dates back to Aristotle and his identification of deductive reasoning.  Deductive reasoning refers to a structured approach utilizing an accepted premise (known as a major premise), a related minor premise, and an obvious conclusion.  This way of gaining knowledge has been called a syllogism, and by following downward from the general to the specific, knowledge can be gained about a particular relationship.  An example of an Aristotelian syllogism might be:

John is a student

In the early 1600s, Francis Bacon identified a different approach to gaining knowledge.  Rather than moving from the general to the specific, Bacon looked at the gathering of specific information in order to make general conclusions.  This type of reasoning is called inductive and unlike Aristotelian logic allows new major premises to be determined.  Inductive reasoning has been adopted into the sciences as the preferred way to explore new relationships because it allows us to use accepted knowledge as a means to gain new knowledge.  For example:

Researchers combine the powers of deductive and inductive reasoning into what is referred to now as the scientific method.  It involves the determination of a major premise (called a theory or a hypothesis) and then the analysis of the specific examples (research) that would logically follow.  The results might look something like:

Heather, Lucinda, Ling, and Bob do not attend classes regularly

Utilizing the scientific method for gaining new information and testing the validity of a major premise, John Dewey suggested a series of logical steps to follow when attempting to support a theory or hypothesis with actual data.  In other words, he proposed using deductive reasoning to develop a theory followed by inductive reasoning to support it.  These steps can be found in Table 1.1.

The steps involved in the research process can vary depending on the type of research being done and the hypothesis being tested.  The most stringent types of research, such as experimental methods (sometimes called laboratory research), contain the most structured process.  Naturalistic observation, surveys, and other non-intrusive studies, are often less structured.  A general process guide for doing research, especially laboratory research, can be found in Table 1.2.