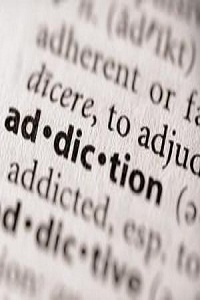 Variables can be defined as any aspect of a theory that can vary or change as part of the interaction within the theory.  In other words, variables are anything can effect or change the results of a study.  Every study has variables as these are needed in order to understand differences.

In our theory, we have proposed that students exposed to the workforce take a more active role in their education than those who have no exposure.  Looking at this theory, you might see that several obvious variables are at play, including ‘prior work experience’ and ‘age of student.’  However, other variables may also play a role in or influence what we observed.  It is possible that older students have better social skills causing them to interact more in the classroom.  They may have learned better studying skills, resulting in higher examination grades.  They may feel awkward in a classroom of younger students or doubt their ability more and therefore try harder to succeed.  All of these potential explanations or variables need to be addressed for the results of research to be valid.

We could add additional variables to our list to create more complex research.  If we also looked at the affect of study skills on grades, study skills would become a second independent variable.  If we wanted to measure the length of time to graduation along with grades, this would become a second dependent variable.  There is no limit to the number of variables that can be measured, although the more variables, the more complex the study and the more complex the statistical analysis.

The most powerful benefit of increasing our variables, however, is control.  If we suspect something might impact our outcome, we need to either include it as a variable or hold it constant between all groups.  If we find a variable that we did not include or hold constant to have an impact on our outcome, the study is said to be confounded.  Variables that can confound our results, called confounding variables, are categorized into two groups: extraneous and intervening.

.  Extraneous variables can be defined as any variable other than the independent variable that could cause a change in the dependent variable.  In our study we might realize that age could play a role in our outcome, as could family history, education of parents or partner, interest in the class topic, or even time of day, preference for the instructor’s teaching style or personality.  The list, unfortunately, could be quite long and must be dealt with in order to increase the probability of reaching valid and reliable results.

.  Intervening variables, like extraneous variables, can alter the results of our research.  These variables, however, are much more difficult to control for.  Intervening variables include motivation, tiredness, boredom, and any other factor that arises during the course of research.   For example, if one group becomes bored with their role in the research more so than the other group, the results may have less to do with our independent variable, and more to do with the boredom of our subjects.