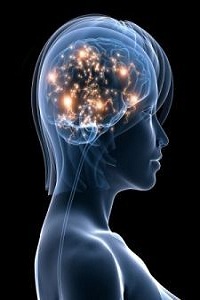 The purpose of developmental research is to assess changes over an extended period of time.  For example, developmental research would be an ideal choice to assess the differences in academic and social development in low-income versus high-income neighborhoods.  It is most common when working with children as subjects for obvious reasons and can be undertaken using several methods: longitudinal, cross sectional, and cross sequential.

Longitudinal studies assess changes over an extended period of time by looking at the same groups of subjects for months or even years.  Looking at academic and social development, we may choose a small sample from each of the low- and high-income areas and assess them on various measures every six months for a period of ten years.  The results of longitudinal studies can provide valuable qualitative and quantitative data regarding the differences in development between various groups.

The major concern with longitudinal research, aside from the obvious lack of control, randomization, and standardization, is the length of time it takes to complete the study.  Imagine starting a project that must be constantly maintained for a period of ten or more years.  The subject mortality rate due to illness, relocation, and other factors alone could result in major concerns, not to mention the amount of energy and time that must be devoted to the research.

The assumption is that the differences between the age ranges represent natural development and that of a longitudinal study had been used, similar results would be found.  The obvious benefit is in the length of time it takes to complete the study, but the assumptions that the six year old group will achieve the same academic and social development as the nine year old group can be invalid.

Cross sequential studies combine both longitudinal and cross sectional methods in an attempt to both shorten the length of the research and minimize developmental assumptions.  For this method, groups of different age children (three, six, and nine for example) may be studied for a period of three years to both assess developmental changes and assure that the typical three year old is similar to the typical 6 year old after three years of development.