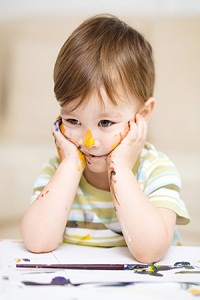 A variable, as opposed to a constant, is simply anything that can vary. If we were to study the effects of work experience on college performance, we might look at the grades of students who have worked prior to starting college and the grades of students who did not work prior to starting college. In this study, you may notice that both groups are students so student status remains constant between the two groups. You may also notice that work experience is not the same between the two groups, therefore work experience varies and is considered a variable. If we choose students for each group who are of similar age or similar background, we are holding these aspects constant and therefore, they too will not vary within our study.

Confounding Variables. Researchers must be aware that variables outside of the independent variable(s) may confound or alter the results of a study. As previously discussed, any variable that can potentially play a role in the outcome of a study but which is not part of the study is called a confounding variable. If, for instance, we had two groups in the above mentioned study but did not control for age then age itself may be a confound. Imagine comparing students with work experience with a mean age of 40 with students without work experience and a mean age of 18. Could we reasonably say that work experience caused the student to receive higher grades? This extraneous variable can play havoc on our results as can any intervening variable such as motivation or attention. Addressing confounds before they alter the results of your study is always a wise decision.