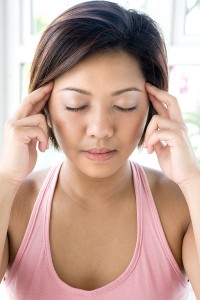 By definition, acute stress disorder is a result of a traumatic event in which the person experienced or witnessed an event that involved threatened or actual serious injury or death and responded with intense fear and helplessness.

Symptoms include dissociative symptoms such as numbing, detachment, a reduction in awareness of the surroundings, derealization, or depersonalization; re-experiencing of the trauma, avoidance of associated stimuli, and significant anxiety, including irritability, poor concentration, difficulty sleeping, and restlessness. The symptoms must be present for a minimum of two days and a maximum of four weeks and must occur within four weeks of the traumatic event for a diagnosis to be made. See also Post-traumatic Stress Disorder.

The disorder may resolve itself with time or may develop into a more severe disorder such as PTSD. Medication can be used for a very short duration (up to four weeks) or psychotherapy can be utilized to assist the victim in dealing with the fear and sense of helplessness.

Prognosis for this disorder is very good. If it should progress into another disorder, success rates can vary according to the specific of that disorder.