When describing ‘talk’ therapy or psychotherapy, there are several factors that are common among most types.  First and foremost is empathy.  It is a requirement for a successful practitioner to be able to understand his or her client’s feelings, thoughts, and behaviors.  Second, being non-judgmental is vital if the relationship and treatment are going to work.  Everybody makes mistakes, everybody does stuff they aren’t proud of.  If your therapist judges you, then you don’t feel safe talking about similar issues again.  Finally, expertise.  The therapist must have experience with issues similar to yours, be abreast of the research, and be adequately trained. 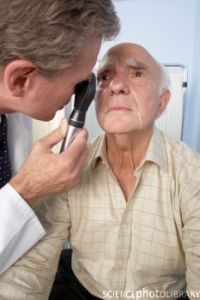 Aside from these commonalties, therapists approach clients from slightly different angles, although the ultimate goal remains the same: to help the client reduce negative symptoms, gain insight into why these symptoms occurred and work through those issues, and reduce the emergence of the symptoms in the future.  The three main branches include Cognitive, Behavioral, and Dynamic.

Therapists who lean toward the cognitive branch will look at dysfunctions and difficulties as arising from irrational or faulty thinking.  In other words, we perceive the world in a certain way (which may or may not be accurate) and this results in acting and feeling a certain way.  Those who follow more behavioral models look at problems as arising from our behaviors which we have learned to perform over years of reinforcement.  The dynamic  or psychodynamic camp stem more from the teaching of Sigmund Freud and look more at issues beginning in early childhood which then motivate us as adults at an unconscious level.

Cognitive approaches appear to work better with most types of depression, and behavioral treatments tend to work better with phobias.  Other than these two, no differences in terms of outcome have been found to exist.  Most mental health professionals nowadays are more eclectic in that they study how to treat people using different approaches.  These professionals are sometimes referred to as integrationists.

Therapy is most often thought of as a one-on-one relationship between a client or patient and a therapist.  This is probably the most common example, but therapy can also take different forms.  Often times group therapy is utilized, where individuals suffering from similar illnesses or having similar issues meet together with one or two therapists.  Group sizes differ, ranging from three or four to upwards of 15 or 20, but the goals remain the same.  The power of group is due to the need in all of us to belong, feel understood, and know that there is hope.  All of these things make group as powerful as it is.  Imagine feeling alone, scared, misunderstood, unsupported, and unsure of the future; then imagine entering a group of people with similar issues who have demonstrated success, who can understand the feelings you have, who support and encourage you, and who accept you as an important part of the group.  It can be overwhelming in a very positive way and continues to be the second most utilized treatment after individual therapy.

Therapy can also take place in smaller groups consisting of a couple or a family.  In this type of treatment, the issues to be worked on are centered around the relationship.  There is often an educational component, like other forms of therapy, such as communication training, and couples and families are encouraged to work together as a team rather than against each other.  The therapist’s job is to facilitate healthy interaction, encourage the couple or family to gain insight into their own behaviors, and to teach the members to listen to and respect each other.

Sometimes therapy can include more than one treatment modality.  A good example of this is the individual who suffers from depression, social anxiety, and low self-esteem.  For this person, individual therapy may be used to reduce depressive symptoms, work some on self-esteem and therefore reduce fears about social situations.  Once successfully completed, this person may be transferred to a group therapy setting where he or she can practice social skills, feel a part of a supportive group, therefore improving self-esteem and further reducing depression.

The treatment approach and modality are always considered, along with many other factors, in order to provide the best possible treatment for any particular person.  Sometimes more than one is used, sometimes a combination of many of them, but together the goal remains to improve the life of the client.