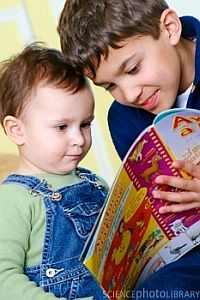 Learning can be defined as the process leading to relatively permanent behavioral change or potential behavioral change. In other words, as we learn, we alter the way we perceive our environment, the way we interpret the incoming stimuli, and therefore the way we interact, or behave. John B. Watson (1878-1958) was the first to study how the process of learning affects our behavior, and he formed the school of thought known as Behaviorism. The central idea behind behaviorism is that only observable behaviors are worthy of research since other abstraction such as a person’s mood or thoughts are too subjective. This belief was dominant in psychological research in the United Stated for a good 50 years.

Perhaps the most well known Behaviorist is B. F. Skinner (1904-1990). Skinner followed much of Watson’s research and findings, but believed that internal states could influence behavior just as external stimuli. He is considered to be a Radical Behaviorist because of this belief, although nowadays it is believed that both internal and external stimuli influence our behavior.

Behavioral Psychology is basically interested in how our behavior results from the stimuli both in the environment and within ourselves. They study, often in minute detail, the behaviors we exhibit while controlling for as many other variables as possible. Often a grueling process, but results have helped us learn a great deal about our behaviors, the effect our environment has on us, how we learn new behaviors, and what motivates us to change or remain the same.