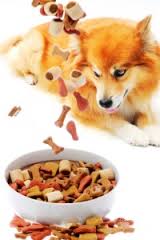 One important type of learning, Classical Conditioning, was actually discovered accidentally by Ivan Pavlov (1849-1936). Pavlov was a Russian physiologist who discovered this phenomenon while doing research on digestion. His research was aimed at better understanding the digestive patterns in dogs.
During his experiments, he would put meat powder in the mouths of dogs who had tubes inserted into various organs to measure bodily responses. What he discovered was that the dogs began to salivate before the meat powder was presented to them. Then, the dogs began to salivate as soon as the person feeding them would enter the room. He soon began to gain interest in this phenomenon and abandoned his digestion research in favor of his now famous Classical Conditioning study.

Basically, the findings support the idea that we develop responses to certain stimuli that are not naturally occurring. When we touch a hot stove, our reflex pulls our hand back. It does this instinctually, no learning involved. It is merely a survival instinct. But why now do some people, after getting burned, pull their hands back even when the stove is not turned on? Pavlov discovered that we make associations which cause us to generalize our response to one stimuli onto a neutral stimuli it is paired with. In other words, hot burner = ouch, stove = burner, therefore, stove = ouch.

Many of our behaviors today are shaped by the pairing of stimuli. Have you ever noticed that certain stimuli, such as the smell of a cologne or perfume, a certain song, a specific day of the year, results in fairly intense emotions? It's not that the smell or the song are the cause of the emotion, but rather what that smell or song has been paired with...perhaps an ex-boyfriend or ex-girlfriend, the death of a loved one, or maybe the day you met you current husband or wife. We make these associations all the time and often don’t realize the power that these connections or pairings have on us. But, in fact, we have been classically conditioned.

Another type of learning, very similar to that discussed above, is called Operant Conditioning. The term "Operant" refers to how an organism operates on the environment, and hence, operant conditioning comes from how we respond to what is presented to us in our environment. It can be thought of as learning due to the natural consequences of our actions.
Let's explain that a little further. The classic study of Operant Conditioning involved a cat who was placed in a box with only one way out; a specific area of the box had to be pressed in order for the door to open. The cat initially tries to get out of the box because freedom is reinforcing. In its attempt to escape, the area of the box is triggered and the door opens. The cat is now free. Once placed in the box again, the cat will naturally try to remember what it did to escape the previous time and will once again find the area to press. The more the cat is placed back in the box, the quicker it will press that area for its freedom. It has learned, through natural consequences, how to gain the reinforcing freedom.

We learn this way every day in our lives. Imagine the last time you made a mistake; you most likely remember that mistake and do things differently when the situation comes up again. In that sense, you’ve learned to act differently based on the natural consequences of your previous actions. The same holds true for positive actions. If something you did results in a positive outcome, you are likely to do that same activity again.