Why do we obey some people and not others?  Why are you able to influence your friends?  What attributes cause a person to be more influential?  These questions are paramount in understanding social order.  The answers to these questions also play an important role in many professions, such as sales and marketing and of course politics.

Lets start with a closer look at what ‘power’ is.  Power is typically thought of has having a certain attribute which gives one person more influence over another.  This attribute could be intelligence or experience, it could be job title, or perhaps money.  According to most social psychologists, there are five types of power: coercive, reward, legitimate, expert, and referent. 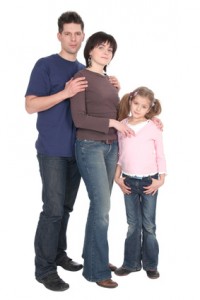 means the power punish.  Parents are said to have coercive power because they can place their child in time-out, for example; bosses have coercive power because they can fire an employee or assign an employee a less pleasing job.  Reward power is almost the opposite; it is the power to reward.  In that sense parents and bosses have this type of power as well, as do many others in our lives.  Legitimate power refers to the power granted by some authority, such as the power a police officer has due to the local or state government or the power a professor has due to the rules of a college or university.

results from experience or education.  Those individuals with more knowledge tend to have more power in situations where that knowledge is important.  For instance, the physician will have more power in a medical emergency than the plumber.  But, when the pipes explode and the house is being flooded, the physician is not the person to call.  Finally, referent power refers to admiration or respect.  When we look up to people because of their accomplishments, their attitude, or any other personal attribute, we tend to give them more power over us.  Imagine being asked to do something by your “hero” or your favorite movie star; we are very likely to comply out of admiration or respect.

Using Power to Influence Others

Now that we know what power is and how people get it, lets talk about how this power is used to influence others.  Most of us know that liking and agreeing tend to go together.  We agree with our friends about many issues, especially the bigger ones, and often disagree with our opponents.  Also, beliefs and behaviors tend to go together.  For instance, most people who believe stealing is very immoral would not steal, most who believe littering is wrong, do not litter.

What’s interesting about this latter concept is what happens when our belief and our behavior do not correspond.  You might think that we would change the way we act, but in the real world, we tend to change our belief about a topic before we would change our behavior.  The person who believes littering is wrong, after throwing a soda can from their car window, might say to himself, “It was only one time,” or “look at all the other trash on the freeway.”  in this sense, his belief has changed; littering is now okay if it is only done once or if others have littered first.

To equate this with influencing others, we see that if we can change the way a person behaves, we can change the way they think or feel.  Imagine the car salesman who is able to convince the potential buyer that this new car is the one he wants to buy.  The sales man might try to use many different techniques, but one is the ‘test drive.’  The theory behind this is that if the person’s actions include driving the car, they are more likely to change their belief about the car.

There are other variables associated with influencing others or attitude change.  Lets take a look first at what attributes the source or the talker help her influence others.  First of all is power, as discussed above.  The more types of power and the stronger each of these is, the more influential she will be.  Second, a person must be believable in order to influence us.   The source must therefore be trustworthy, after all, if we don’t believe someone, they’re going to have a much more difficult time changing our minds.  Finally, attractiveness plays a role in how influence us.  We tend to be influenced more by attractive people, including physical and social attractiveness, likeability, demeanor, and dress.

The target or listener plays a role in how he will be influenced as well.  Those with low self-esteem and/or high self-doubt tend to be more influenced that others.  The more we doubt our own ability, the more we look to others for guidance or input.  Other factors such as age, IQ, gender, or social status do not appear to play a significant role in how we are influenced by others.

Finally, lets look at the relationship between the source and the target.  First of all, there needs to be some similarity between the two people.  If the target or listener does not feel any similarity with the talker, he is much less likely to accept what she is saying.  After all, we have nothing in common so what could she possible know about my life.  The more similar the two, the greater the influential ability.  Second, there needs to be a moderate discrepancy in attitude.  If the difference between the two is too large, changing the listener’s attitude or belief will be too difficult.  If the difference is too small, then no significant change will take place at all.  The difference must be great enough that a change is possible but small enough that the listener is open to the change.