Do you think you act differently when alone than when other people are around?  The answer to this question is typically a resounding 'yes.'  We are concerned with our social image or how other people see us; some more than others, but very few  people see no difference in their behavior.  This section will discuss various theories relating to our behavior in group settings or when others are present. 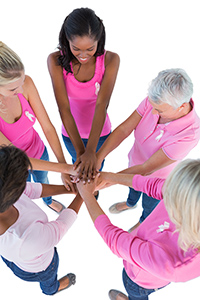 Lets start with one of the most simple theory related to social psychology.  When alone, we tend to be more relaxed, less concerned with the outward expression of our behavior, and are basically 'ourselves.'  Add just one other person, even if we don't know that person, our behavior tends to change, and not always for the better.  Research has found that when others are present, our level of arousal is increased (Zajonc, 1965).  In other words, we are suddenly more aware of what's going on around us.  Because of this, we tend to perform better at tasks that are well learned or simple (Guerin, 1993).  When completing a difficult or new task, however, our performance level decreases and we tend to do more poorly.

This phenomenon is called Social Facilitation (Guerin, 1993) , and as we try harder due to the presence of others, our performance actually decreases for difficult or unlearned tasks.  Think about learning to play basketball for the first time.  If you are alone, you will likely be more relaxed, and better able to concentrate.  When others are watching you, however, you are more likely to be self-conscious, and therefore make more mistakes.  Professional basketball players, however, because the task is so well learned, perform better when others are watching and they are able demonstrate their confidence and ability.

If you've ever been involved in a group decision making process, you've probably seen one of two things happen:  either the group agrees on all of the major issues, or there is significant dissent that splits the group.  If the group is cohesive; if they agree on most issues, they tend to stifle dissent because group harmony is the anticipated outcome (Janis, 1972).  When we all agree, and are happy with that agreement, we typically do not want to hear opposing arguments.  This phenomenon is referred to as Group Think.  It can lead to impulsive decisions and a failure to identify and/or consider all sides of an argument.  Some classic examples of group decisions going bad include lynch mobs, actions of the Ku Klux Klan, discrimination among hate groups, and mass riots.

Similar to this, Group Polarization refers to a groups tendency to talk itself into extreme positions.  In this case, a group gets so focused and energized about a decision that it creates an internal fuel, so to speak, which pushes itself forward faster than originally intended.  Imagine a group of protesters, all agreeing and deciding to picket.  You can see how this could get out of hand because opposing views (Group Think) are not considered and the push to move forward for the cause is fueled internally (Group Polarization).

Another phenomenon that occurs in groups is referred to as Social Loafing.  This theory states that as a group gets larger, the individual contribution decreases disproportionate to the group size (Everett, Smith, & Williams, 1992; Hardy & Latane, 1986; Ingham et al., 1974) .  This is due to the diffusion of responsibility created as the size of the group increases.  Imagine being assigned a project to complete by yourself.  Most likely you would complete 100% of it.  Now if two people are involved, the percentage will typically not be 50/50.  As more people are added to the group, you will end up with a small percentage doing a large portion of the work and a large percentage doing a much smaller proportion.

This last phenomenon is an unfortunate reality which has been observed far to many times in groups and in larger cities.  We've all heard stories of people getting mugged, or beaten, or raped in broad daylight while people around offered no assistance.  We have found that the internal push to help a person in need decreases as the group gets larger, very similar to Social Loafing.  In this instance, however, people tend to be followers and will only get involved if they witness another person getting involved.  What results is a group of people witnessing a crime and wondering why nobody is helping.  This does not occur if you are the only person witnessing the crime.  If nobody else is around, a person will tend to help the victim.  The more people, however, the less likely someone will offer assistance.